A MAN has been jailed for life after admitting to sexual offences which took place over 20 years ago.

Jason Clint Pettit was a serving prisoner when he made admissions to committing rape and false imprisonment in Brecon in the 1990s, which had never been reported to police.

The information was passed from prison staff to Dyfed-Powys Police, who immediately launched an investigation to find the victim.

Officer in case, DC Adam Clark, said: “This was an unusual case, as we were notified of the offences by colleagues in another force.

“The offender was already in prison when he asked to be interviewed as he wanted to confess to a crime – it was during this interview that he admitted to a number of very serious offences around the country, one of which took place in Brecon some years ago.

“We began making enquiries to find out who the victim was, and how we could make contact with her.”

A record was found of a domestic incident between the 49-year-old offender and a woman in Brecon in 1996, but no reports of sexual offences were believed to have been made to police.

The victim was located now living in another part of the force – and a plan was put in place to speak to her.

“We needed to approach the victim extremely carefully and sensitively,” DC Clark said. “Her contact with the offender ended around 20 years ago, and it was likely to be very traumatic for us to turn up and ask her to speak about incidents that she might have put out of her mind for many years, and which she had chosen not to report to police.

“Through contact with a social worker, we were made aware that the victim is vulnerable due to a learning disability and health condition which can be exacerbated through stress.

“Our priority was to put the victim first and ensure the right support was in place for her, as it wasn’t clear what the offender’s motives were in suddenly admitting to these offences.”

A decision was made to visit the victim along with her social worker and support worker. She stated that the offender raped her on several occasions between 20 and 30 years ago, but that she had never reported it to police.

“It was clear that the victim was apprehensive about speaking to us, but she confirmed that she had been raped and kept locked in a house, which she never reported through fear of the offender,” DC Clark said,

“We made arrangements for a video interview to be carried out at the victim’s home, as a change of location would have been detrimental to her health.”

Based on the victim’s statements, disclosures that had previously been made to a social worker, and admissions by Pettit, CPS authorised charges of rape, false imprisonment and indecent assault. He pleaded guilty at Merthyr Crown Court, and was sentenced to life imprisonment to serve a minimum of seven years.

DC Clark said: “Pettit is a highly dangerous man, who not only caused physical harm to the victim, but decades of emotional trauma.

“We are pleased with the sentence he has received, and hope it will go some way to assure the victim that justice has been served after all these years.

“It is completely understandable that victims feel apprehensive about approaching police to disclose offences, however we would like to assure that there are many support services that can help you through the investigation and criminal justice process.

“I would like to thank the victim in this case for having the strength to talk about incidents that happened over 20 years ago. Her courage has helped to keep a dangerous offender in prison for a significant length of time.” 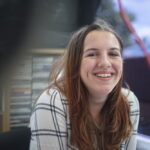 Lucy is studying a degree in journalism at Portsmouth University. She has worked with us over two years and will hopefully rejoin us when she graduates.