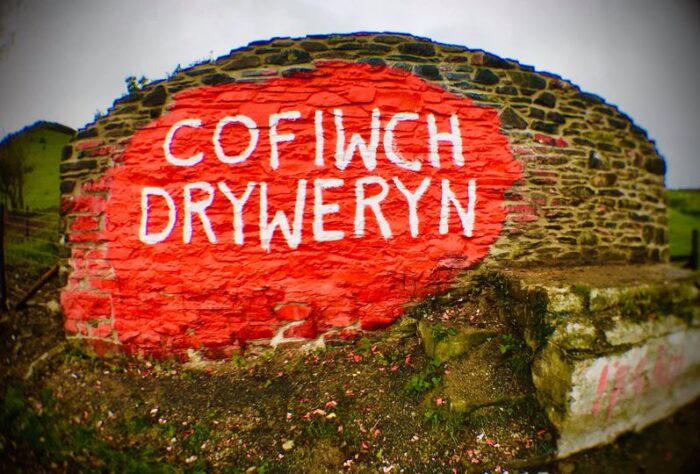 THE famous wall and graffiti ‘Cofiwch Dryweryn’ located on the main A487 Aberystwyth Road just outside Llanrhystud has been restored to its former glory.

The wall has been vandalised a number of times and it even had a Nazi swastika painted over it. The name Elvis was also painted over the wall.

The last time it was vandalised there was a show of support with the slogan appearing across Wales on placards, and buildings.

The slogan ‘Cofiwch Dryweryn’ commemorates the protests against the flooding of the Welsh village Capel Celyn to make way for a reservoir.

There were protests across Wales including one at Llangyndeyrn, where similar plans by the Swansea Water Corporation to site a reservoir were challenged by locals who blocked gateways with tractors to stop work taking place.

The Swansea Corporation eventually opted for an alternative site at nearby Llyn Brianne.

A number of journalists gathered at the brightly painted wall today, Friday (Oct 23) for photos and interviews.