Motion to accelerate decarbonisation by 2030 rejected by councillors 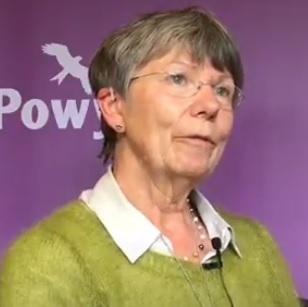 A MOTION to help Powys County Council accelerate their move to decarbonise by 2030, has been rejected by councillors.

At a meeting on Thursday, December 9, Cllr Jackie Charlton put forward a motion to adopt the “One Planet Standard” which comes from the recent COP26 international conference to tackle climate change which was held in Glasgow.

The motion is supposed to support organisations like local authorities to adjust their activities to match environmental aspirations,

It also suggested that chairman of the Powys pensions and investment committee ask the Wales Pension Partnership move investment away from companies who have poor ecological track records.

Cllr Charlton said: “It will also strengthen further enhance on the climate emergency motion; the One Planet Standard would provide Powys with a recognised stamp of approval for the work undertaken.”

As part of motion, accreditation to the standard would cost anywhere between £675 and £1,688 as the cost depends on size of organisation.

Cabinet member, Cllr Iain McIntosh’s portfolio also now includes climate change, and he pointed out that launched a draft strategy at the recent Royal Welsh Winter Fair on how the council will do its bit to tackle climate change.

Cllr Mcintosh said: “It is already building on the work we’ve delivered on climate change so far.

“One Planet Powys is already part of our future aspirations, I feel by adding and extra work package into a programme it’s likely to cause delays in making meaningful change at least in the short term.”

Chairman of the Powys pensions and investment committee Cllr Peter Lewis added: “I do have concerns, divestment is not the only solution, pension funds are the driving force behind controlling these companies to become more carbon neutral.

“Engagement is the way forward and divestment the final solution responsible investment is taken very seriously.”

Cllr Jake Berriman who seconded the motion said: “I fully support the work that Powys is doing but this is about a step change, rather than constantly saying what we’re doing is enough.

“We’re trying to show ambition and listen to what people are saying and be visible in our battle against the climate emergency.”

Council leader Cllr Rosemarie Harris said: “I think we have to be realistic and sensible; we have launched our strategy and we will go as fast as our budget and our staff resources allow.”

She explained that a change to more eco-friendly buildings and vehicles is expensive and needs “more financing.”

Cllr Harris added: “Now is not the time to call for a step change, this is the third time we’ve had something similar before this council and I hope it’s the last time, as we are working extremely hard on all of these projects.”

A vote was held, and the motion was defeated with 21 voting for, 29 against and two abstentions.