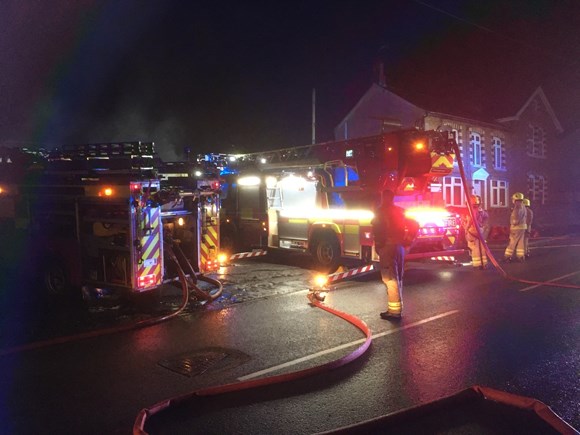 Due to the contents within the single storey garage, which consisted of numerous vehicles, tyres and general maintenance equipment, there was a real risk of fire spreading to neighbouring properties.

‘The crews worked in challenging conditions in the initial stages of the incident to ensure that the fire was contained and to minimise the effect of the incident on the local community. I would also like to add that excellent partnership working, with other agencies, helped to resolve the incident effectively.’

Mid and West Wales Fire and Rescue Service re-inspected the incident this morning (20/08/2021) and declared the stop message for the incident at 12:47pm.

The cause of the fire was accidental.