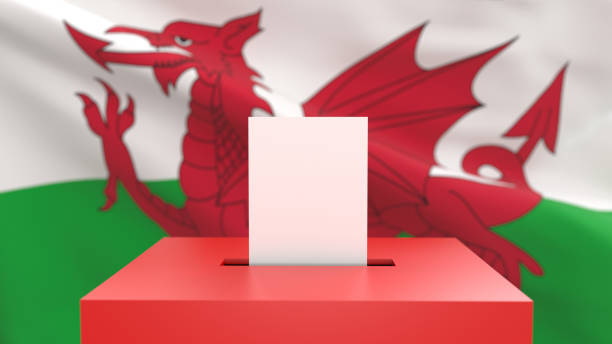 Barn Cymru is a collaborative partnership between ITV Cymru Wales, Cardiff University’s Wales Governance Centre, and the leading polling agency YouGov. The recently refreshed partnership aims to provide an insight into people’s beliefs, attitudes and opinions and to gain real-time feedback on public views in Wales.

Following a difficult few months as a result of the Downing Street party row, Boris Johnson’s popularity has declined, but in Wales his Conservative supporters are loyal, with only 10% wanting to see Mr Johnson go.

The poll showed that there’s little change from December’s poll in terms of voting intentions – with all the 3 largest parties’ Westminster support remaining unchanged. Labour have a 15 point lead over the Conservatives and if that were to be replicated at an election it would see the Conservatives lose the bulk of the seats it won during the 2019 Uk election. However, it’s worth remembering the next election is due to be fought on new boundaries with Welsh seats being reduced from 40 to 32.

“ITV Cymru Wales is proud to rejuvenate this partnership with the Wales Governance Centre and Cardiff University as it provides regular polling and insight into people’s attitudes in Wales on political and other topical matters. The invasion of Ukraine casts a shadow over the poll but it demonstrates that Boris Johnson has lost the confidence of the majority of this poll.”

“Despite little to no substantive change in vote intention figures, there are two points of note from this latest poll.

First, the ‘Boris bounce’ that the Conservatives have enjoyed in Wales under Johnson has ended. Conservative polling numbers for the last two polls now closely resemble their position at the tail end of Theresa May’s premiership. The Downing Street party scandals, combined with the perception that the Conservatives have not done a good job at responding to the pandemic, has lost the party the support it had gained in Wales since the 2016 EU Referendum.

Second, Labour’s poll numbers are the highest they have had in two consecutive polls since the latter half of 2018 in Wales. While the regularity and normalcy of Labour leading Welsh polls means that this will likely be met with a shrug, a party in its 23rd year of incumbency maintaining such a substantial lead is remarkable.”