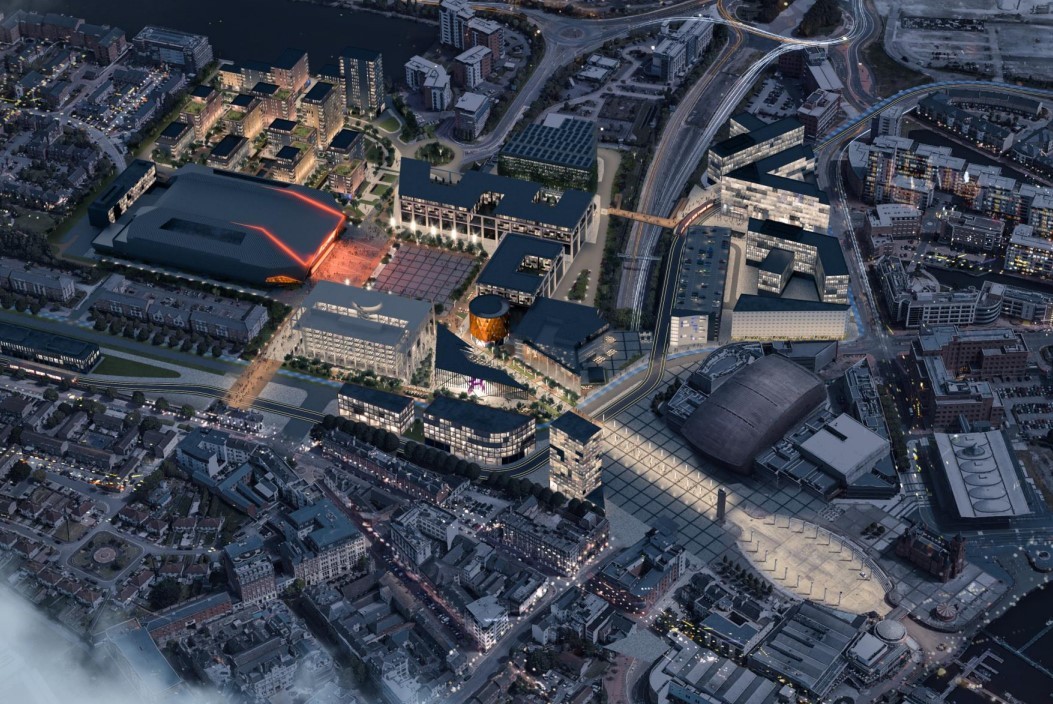 A NEW metro station is planned for Cardiff Crossrail at the Bay as part of the new arena development.

The station would be built at Pierhead Street in Cardiff Bay and would form the first phase of the Crossrail project, eventually linking to new stations in Splott and St Mellons.

Cardiff council is talking with the landowner of the site about using the land to build the station, as well as three mixed use developments. Most of the land is currently vacant.

A pedestrian footbridge over the Cardiff Bay Link road would connect to the proposed new arena development, which is likely to get planning permission on Wednesday, March 16.

Councillor Russell Goodway, cabinet member for investment and development, said: “One of the ways in which we will ensure that a significant amount of the pedestrians leaving the arena on an event day doesn’t go past residential properties is if we can get that additional station on Pierhead Street.

“Because then people would be able to walk out of the arena, across the public square, and then over a new bridge which will take them to that station and then off to the east of Cardiff.”

He was addressing the council’s cabinet on Thursday, March 10, about the wider regeneration plans across Cardiff Bay. These include turning Lloyd George Avenue into a linear park and upgrading the cycling lanes there, building a velodrome at the International Sports Village, building a new lido near Techniquest, and hosting events at Alexandra Head.

As well as building a 17,000-capacity arena, the wider redevelopment of Atlantic Wharf would also see the Travelodge hotel and Red Dragon Centre relocated, new museums, a multi-storey car park, hotels, apartments, a new tourist attraction, and a public square. Most of this would be built where the Red Dragon Centre, County Hall and car parks currently are.

But some concerns already raised by local residents include the noise of bands playing at the arena, and thousands of people leaving after a concert late at night. Having a new metro station at Pierhead Street could divert those people away from houses and flats nearby.

Transport for Wales is due to start working on the railway along Lloyd George Avenue this August, electrifying the track. The current route to Cardiff Bay only stops at Queen Street station, and not Central station, but could soon be upgraded to stop there too. Another new station could also be built at Loudon Square.

“The initial phase of the Cardiff Bay Metro project is due to start on site in August 2022, and the plans to link the new line into Cardiff Central and onto a new station at Roath Basin are moving rapidly through the design phases.

“The council is working with the Welsh Government to extend the current investment in the Core Valley Lines extension, to provide a direct link to Cardiff Central station and to extend the line further into Cardiff Bay, connecting to a proposed new transport hub at Pierhead Street, and onto a new station at Roath Basin.

“This would essentially form the first phase of the council’s Crossrail project. Positive discussions have taken place and remain ongoing with the owner of the Pierhead Street site, which has been identified as the preferred location for the new Cardiff Bay transport hub.

“Later phases of the council’s Crossrail project will see new stations delivered at Splott, Tremorfa, Newport Road and then onto the proposed new Cardiff Parkway mainline station, providing the first public transport rail infrastructure for the east of Cardiff.”