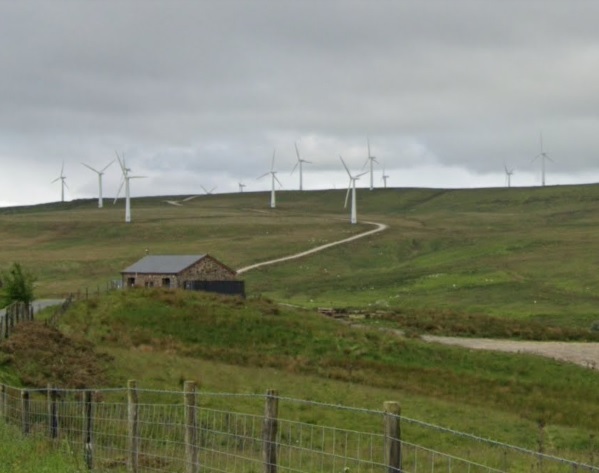 PLANS to build a substation to collect and distribute electricity created by a windfarm near Carno have been approved by Powys planners.

The proposal is part of the extension or third phase to the windfarm which is also known as “Carno III” and consists of 13 turbines.

These turbines were to have a maximum height of  126.5 metres and the ability to create 41.6 MW (megawatts) of electricity.

An amendment to the consent means the wind-turbines can be nearly 150 metres high to help “maximise” the wind farm’s efficiency.

Originally the infrastructure was given permission along with the wind-turbines in 2017, but due to changes in where the buildings should go, a fresh application was needed.

The control room will house the switchgear, metering, control, and communication equipment required to operate the wind farm and
will be placed inside the fencing of the proposed substation area.

And in front of the control building there will be a hard-standing
area for vehicle parking.

“The current application seeks consent for the erection of the substation associated with Carno III in a location approximately 100 metres distant from the previously approved location.

“The reason for the new location is due to preferable ground conditions and more space being available.”

Mr Humphreys said that the “principle of development” had already been accepted by the previous decision in 2017.

He added that it was important to note that the substation is slightly bigger than what had originally proposed.

“It is noted that the proposed substation is slightly larger in scale compared to that previously approved, and it is also important to note its new proposed location. The proposed development fundamentally complies with relevant planning policy and the recommendation is one of conditional consent.”

The Carno I Wind Farm was developed by RWE Npower and became operational in 1996.

The site consists of 56 wind turbines with a total capacity of 33.6 MW.

The Carno II Wind Farm was developed by Amegni and became operational in 2009.

The site consists of 12 Siemens wind turbines and has a total capacity of 15.6 MW.