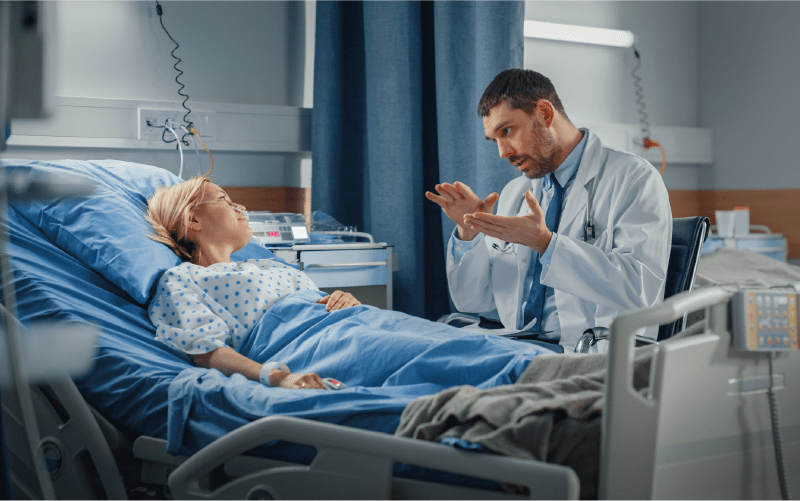 “The waiting times backlog is one of the biggest challenges facing NHS Wales, which has been made much worse due to COVID-19 and the impact its had on NHS capacity. In February 2022, there were almost 700,000 patients waiting for planned care, a 50% increase from February 2021. ”

Over half of the people currently waiting have yet to receive their first outpatient appointment which means that they may not know what they’re suffering from and their care cannot be effectively prioritised.

Whilst referrals for a first outpatient appointment had been rising for years, they fell dramatically at the start of the pandemic and have not completely returned to pre-pandemic numbers. We estimate that, compared to pre-pandemic numbers, there are 550,000 ‘potentially missing’ referrals that could find their way back into the system. If even half of the potentially missing referrals need treating, this will have a major effect on waiting list recovery and would increase the risk of harm from delays in patients accessing the care they need.

The Welsh Government made an extra £200 million available during 2021-22 to help tackle the waiting times backlog, however, NHS bodies could not use it all. They bid for and were allocated £146 million, but £12.77 million was returned to the Welsh Government at the end of March 2022. NHS bodies cited staff capacity, lack of physical space and limited private capacity to carry out planned care as barriers to spending the additional funding.

On 26th April, Welsh Government published its plan for transforming and modernising planned care and reducing waits in Wales. This plan sets out waiting list recovery targets between 2022 and 2026. The Welsh Government has also guaranteed an additional £185 million annual funding for four years up to the end of 2025-26 to support the delivery of its national plan – aimed at transforming and modernising planned care.

Additional Welsh Government funding is going to be essential to tackle the backlog, but this, on its own, will not solve the problem. The NHS also needs to overcome some serious barriers, including the on-going impact of COVID on services, reducing the impact of emergency care on planned care service delivery and long-standing staff shortages and recruitment issues.

The Audit Wales report makes five recommendations based on what the Welsh Government needs to do as it implements its national plan these include:

Implementing system leadership arrangements to drive through the plan;

Ensuring its arrangements focus on managing clinical risks associated with long waits, supporting patients while they wait, and delivering care efficiently and effectively.

Alongside the report, is also published a waiting times data tool which sets out the different waiting times by health board [opens in new window].

“The COVID-19 pandemic will leave the NHS with many enduring legacies not least the significant impact it has had on waiting times for planned care. Just as the NHS rose to the challenge of the pandemic, it will need to rise to the challenge of tackling a waiting list which has grown to huge proportions. Concerted action is going to be needed on many different fronts, and some long-standing challenges will need to be overcome. Additional money has been made available and it is imperative that it is used to best effect to ensure there are equitable and targeted approaches that meet the planned care needs of the people of Wales.”