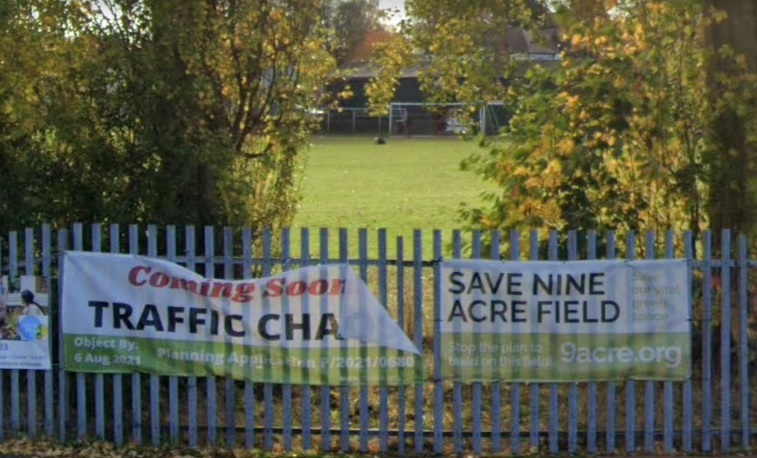 A DECISION over plans to build a new primary school on a field in Wrexham will be made locally after the Welsh Government chose not to intervene.

Councillors were due to discuss proposals to create a school for 360 children on the Nine Acre field on Chester Road last month.

However, the decision was delayed after ministers were asked to consider whether to call the application in for further scrutiny.

The government has now said there are no grounds for it to determine the plans, meaning they can be decided by Wrexham Council (WCBC).

The application to allow St Mary’s Catholic Primary School to relocate to the site from its current base in the town centre has proved controversial.

Almost 360 objections have been received amid concerns over the loss of green space.

Members of the Nine Acre Campaign Group, which was set up against the proposals, have vowed to continue their fight in the wake of the government’s announcement.

“Welsh Government was asked to step in and stop the application because it breaks national planning regulations and WCBC’s own planning policies.

“We have just learned that Welsh Government does not agree, saying it has no grounds to decide this application.

“The application will therefore be handed back to Wrexham Councils planning committee for a decision to be taken.

“This however, does not mean the Welsh Government has endorsed or approved the plans in any way.

“We will continue to fight tooth and nail to stop WCBC’s short-sighted proposals to remove one of the last open green spaces in Wrexham, subjecting the neighbouring communities to the misery and ill effects of increased traffic, environmental damage and road safety risk.”

The previous direction by the government prevented the council from granting permission for the proposals while the call-in request was considered.

Members of the authority’s planning committee agreed to defer their decision at a meeting last month.

Maesydre councillor Becca Martin was among those who objected to the application, but said she was concerned by the delay.

It’s believed the committee could now run the rule over plans as early as next month.