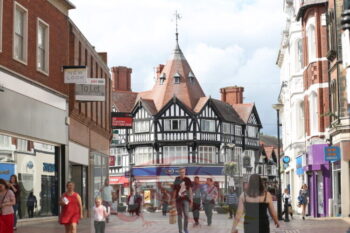 A COUNCILLOR has voiced his frustration after it was revealed no fines were issued for dog fouling in Wrexham last year.

The lack of fixed penalty notices handed to people who fail to clean up after their pets in 2021 was highlighted during a Wrexham Council meeting this week.

Members of the homes and environment scrutiny committee were told there were only six officers employed to patrol the whole county borough, making it difficult for them to catch those who let their dogs foul.

However, Cllr Rogers said more needed to be done to address the problem of dog fouling after receiving a string of complaints from residents.

Speaking at yesterday’s (Thursday, 17 March) meeting, he said: “I noticed on the news this week that Rhondda have issued 250 fixed penalty notices.

“Compared to our figure of zero, I think that’s quite embarrassing for us as a council.

“I appreciate what David said about the staffing pressures, but when I first became an elected member, we were issuing more fixed penalty notices for dog fouling than we are today.

“People want to see enforcement officers and I think I’ve seen one in my ward in the last three years. I know we’ve had Covid, but it’s just not good enough.”

Council officials said that despite the lack of fines issued, work was being carried out to reduce dog fouling.

It includes monthly analysis of fouling reports, which has been used by staff to create a map of hotspot areas for enforcement officers to patrol.

They added that signs were also being put up to warn people they could be punished for offences.

But Cllr Bithell said it was ultimately the responsibility of dog owners to ensure they clean up their pet’s mess.

He said: “We’ve got six officers employed by the council and we might have a couple of vacancies currently that we’re recruiting for.

“Just to remind members, it’s a massive task and we’ve increased our enforcement officers in the last two years.

“Part of the project that we’ve set out is that we’re working with Caru Cymru on education as the only people that are responsible for dog fouling are the owners of the dogs.”

Committee chair Paul Pemberton said that dog fouling was an issue when he first joined the panel 18 years ago, but the situation had not improved.

He told Cllr Bithell it was local representatives who had to to bear the brunt of criticism from residents about the problem.

He said: “Dog fouling is worse now than it was when I became a councillor in 2012.

“In terms of working together with people, we’re in cloud cuckoo land and it’ll never happen unfortunately.

“The reality of it all is that we haven’t got enough bodies on the ground.”

Committee members backed a recommendation to request an increase in the number of enforcement officers employed by the council at the end of the meeting.