Opposition to plans for slurry lagoon at Powys farm 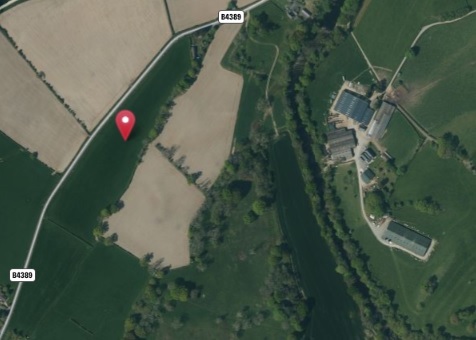 PLANS for a slurry lagoon on a farm in the Vyrnwy valley near Meifod have been opposed by a community council.

The application for an earth banked slurry lagoon and associated works at Newbridge farm has been lodged with Powys County Council (PCC), by Mr L. Williams.

He would like to install a 45 metres by 25 metres lagoon on a field just off the B4389 road and an underground silage effluent tank at the farm itself.

Llangyniew Community Council discussed the application at a meeting earlier this year.

They had received numerous objections from residents on a number of issues including visual impact, and how it would affect mains water and electricity running through the fields.

Llangyniew council clerk, Jonathan Bellingham, said: “The council is extremely sympathetic toward the farmer’s application and understands why he
would require a new slurry lagoon; however, the council cannot support this application for the lagoon at the site proposed by the applicant.”

“The proposed developments are at two separate locations.

“At Newbridge Farm itself, a below ground tank is to be installed; the tank will be wholly below ground and will not be seen.

“It will have a capacity of 34 cubic metres and be constructed to meet the relevant British Standard.

“The lagoon is to be installed on owned land above the Vyrnwy valley off the B4389.

“The lagoon will be dug out of an improved grass field with some wall above existing ground levels.”

He explained that the two projects are three quarters of a mile away from each other and that PCC had requested that they be split into two separate planning applications.

Mr Owen said: “The driving need behind the development is compliance with regulatory standards.

“Slurry will be collected in existing facilities at Newbridge farm before being taken to the new lagoon.

“This will allow the business opportunity to take slurry from the farmstead to the lagoon when weather conditions allow.

“The proposals are part of the business’ preparation to meet the challenges ahead from changes in legislation, climate, support and trade.

“They will allow the farm business to be more robust in meeting these challenges.”

Mr Owen added that the current slurry stores were built before 1991 and are “insufficient” for the slurry volumes now generated at the farm during the winter when animals are kept inside.

He believed that the farm had enough land to be able to use the nutrients of the slurry on the farmland, by building the new facilities the business would not be at the whim of “fertiliser price changes.”

The plans will be decided by Powys County Council planners in due course.