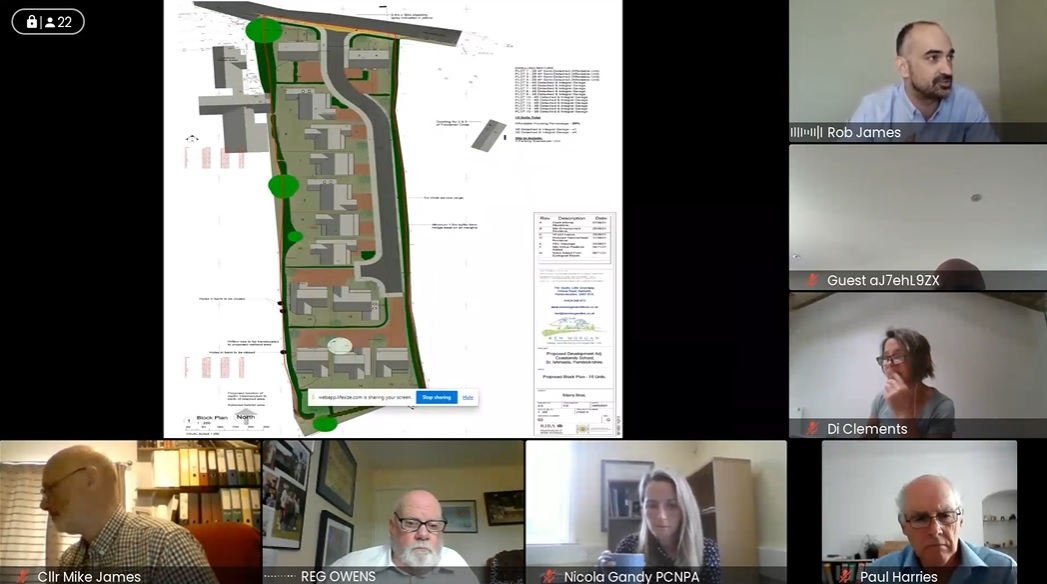 PEMBROKESHIRE National Park committee members will visit a development site next to a school in St Ishmaels to “see the carnage we have” at drop off and pick up times.

Before deciding on an application for 15 houses on land at Trewarren Road members of the development management committee will visit the site in light of safety concerns raised by Coastland Primary School’s headteacher.

Sonja Groves told members on the committee on Wednesday, May 18 that although sustaining and growing the village was welcomed it should not be ”at the cost of the safety of our children and parents.”

Mrs Groves said concerns were shared by staff, governors and parents about the impact on an already “highly dangerous” road access being managed by the school at drop off and pick up times.

The narrow road, amount of cars and two buses required for pupils, resulted in a need for staff to supervise closely children leaving school and meant those waking to nearby houses or sports field car park had to walk in the middle of the road and around parked vehicles.

“It’s an extremely dangerous and fraught time,” she said and there were worries it would only be made worse, and additional problems created with parents using the residential area to park.

She added that the assertion that the playground would not be overlooked by the new properties was not quite accurate with the nursery and foundation phase outdoor learning and play area at the rear of the school which raised “safeguarding” concerns.

The application was recommended to be delegated for approval and a planning report notes that permission for 13 dwellings is in place and the site is allocated within the Local Development Plan (LDP).

Sewage issues were raised by objectors, which Mrs Groves said already impacted the school with overflow incidents outside the front requiring cleaning up and problems raised with the relevant bodies.

Cllr Reg Owens added that it is “shameful that it hasn’t been sorted,” calling for a Dwr Cymru or highways representative to be asked to attend the site visit.

Planning agent Rob Davies said that active travel improvements will be included in a Section 106 agreement, which will also ensure that the four affordable units remain in perpetuity with a local connection policy.

A new footway from the site towards the sports field car park costing £21,000 will be developed, the committee heard, and Mr Jones added that the plans “maximise the separation” of the houses and the school boundary.

Screening with hedgerow and tree planting, along with a “buffer zone” required by the park ecologist would reduce overlooking, with most houses having a view of the school roof, he said.

It was agreed that a visit would be arranged and the new intake on the development management committee would discuss the application further.