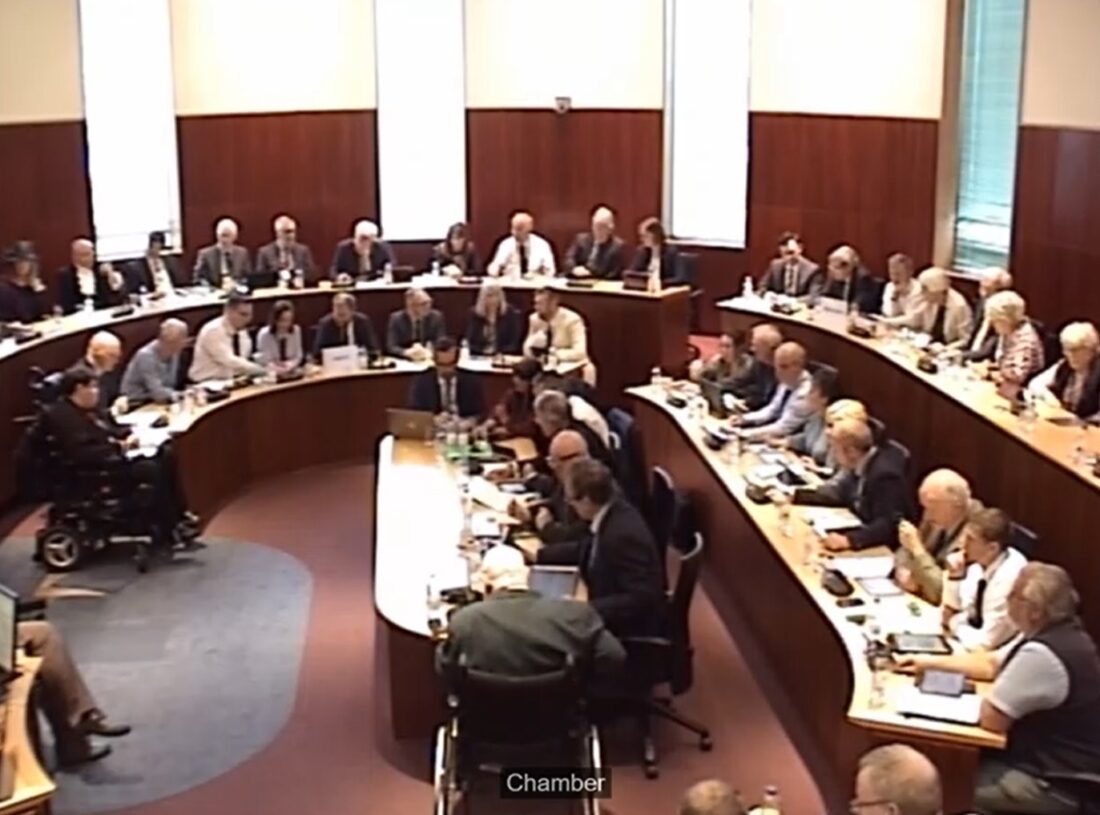 DAVID Simpson was officially reinstated as leader of the council for the next two years today (Thursday, May 26), with no other councillor standing against him.

In nominating him at the annual council meeting on Thursday (May 26) Cllr Paul Miller said his “faith in his leadership is undiminished” after he “deftly and ably steered the authority” through difficult times.

Cllr Simpson thanked councillors for their support and said he was ready to “get on with running the council.”

Cllr Simpson announced his cabinet at the meeting – with very few change to be made other than to portfolios – and he also appointed a deputy leader “for the first time in five years” and that is Cllr Miller.

He will continue with his economic regeneration portfolio.

Corporate improvement and communities will be the responsibility of Cllr Neil Prior, education and the Welsh language is under Cllr Guy Woodham’s care and Cllr Tessa Hodgson returns to her social care and safeguarding role.

Corporate finance will be overseen by new member Cllr Alec Cormack and the resident services cabinet member is yet to be decided.

Cllr Simon Hancock was unanimously elected as presiding member for the coming year.

Outgoing chairman Cllr Mike James said it was a “most welcome sight” to see councillors back in the chamber after such a long time adding it is an “honour and privilege to represent our local communities, please do not forget that.”

Cllr James said he had been able to attend 28 events over the last 12 months, highlighting just a few of his favourites, with Cllr Hancock calling him an “absolutely exemplary” chairman who had made an impression around the county.

Cllr Pat Davies was elected as chairman of the council for 2022/23, nominated by Cllr Di Clements, who said she is one of the “most respected, dedicated and committed councillors for both the council and the county.”

Cllr Davies will also be deputy-presiding member and the new vice-chairman is Cllr Tom Tudor.

He has been a county councillor since the authorty’s inception, and Cllr  Miller said he is a “model of resilience and determination,” praising his hard work over many years.