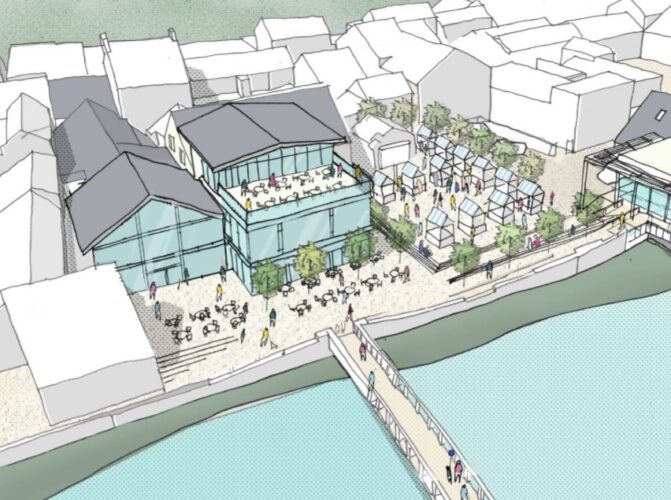 THE Council is set to buy another building on a Haverfordwest shopping street as part of its plans to transform the town.

Last year £17.7million was awarded to the town  from the UK government’s levelling up fund for town centre improvements including plans for Haverfordwest castle.

It includes developing a direct access to the castle from the town centre via an arcade through 16 Bridge Street, that Pembrokeshire County Council has already bought, and now it also wants to buy number 18.

A delegated decision report published last month does not include the amount to be paid for 18 Bridge Street in its public documents but approval to buy it on terms agreed by the director for community services, in consultation with the then cabinet member for economy, tourism, leisure and culture, was signed off.

A separate delegated decision was also taken to appoint a consultant for the ‘Heart of Pembrokeshire – Castle’ project under the Haverfordwest levelling up fund.

It was agreed that a contract be awarded to Faithful and Gould for multidisciplinary services and continue providing services for the project phase one and future works under phase two, including the Bridge Street link, perimeter walkway, castle wall repairs, amphitheatre structure and refurbishment of the gaol.

A ‘signature bridge’ is also planned but will be managed and tendered as a separate project the delegated decision report states.