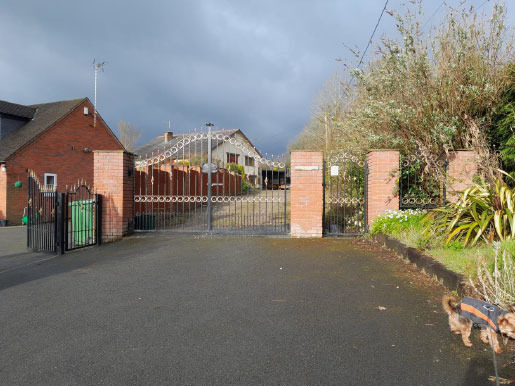 PLANS to create a children’s home in a village in Wrexham have been given unanimous backing by councillors.

An application was put forward in March this year to convert a bungalow on Poplar Road in Penycae to provide care for up to three children.

There would also be one member of staff per child on hand to support them 24 hours a day.

Safe Hands Homes Ltd, which is behind the proposals, said it would help to meet a need for specialist accommodation in the area.

Some concerns were raised that it would cause a disturbance to neighbours, with six objections submitted ahead of a meeting of Wrexham Council’s planning committee held yesterday (Monday, June 13).

Fears were also voiced over potential noise and disturbance from the property, as well as the possibility of increased traffic and anti-social behaviour.

However, the plans received widespread support from committee members, some of whom expressed disappointment at the objections.

“It’s sad that people assume that because it’s a home for children there’s going to be anti-social behaviour.

“People need homes, and we should be supporting this.”

The scheme was recommended for approval by a senior official from the local authority.

Interim chief planning officer Ian Jones said in a report that the property was in an “appropriate location for residential development”.

He added no evidence had been provided to support claims it would increase the risk of crime or anti-social behaviour.

Pen-y-cae councillor John Phillips raised some concerns on behalf of residents, but said he personally supported the proposals.

“I note a number of objections have been submitted associated with this application and the potential impact on the immediate surrounding residential properties.

“In my opinion, a public meeting organised by the service provider would’ve potentially helped to alleviate some of the concerns by the objectors.

“I have no objections and through family circumstances I only know full well that the care and support for the most vulnerable of our society is desperately needed.”

Cllr Phillips asked whether it was possible for temporary planning permission to be granted for 12 months to assess the impact on neighbours.

But committee chair Mike Morris said it would not be reasonable to impose a time limit.

“I fully support this as these kids 100 per cent deserve a family.

“There’s more work we should be doing with communities because we want communities to look after the children and have eyes on the facility.

“I think it’s a good model for Wrexham and I would welcome this facility.”