FOLLOWING his successful battle with Covid-19 in the spring, County Cllr William Powell, former Welsh Liberal Democrat Party President & Assembly Member for Mid and West Wales from 2911 – 2016 would like to extend sincere thanks to many friends in Carmarthenshire and beyond who have been in touch during his illness & convalescence. The messages, texts and cards left him humbled. He is also puzzled at having had a photograph of him about to leave hospital nominated in a national art competition, leading to its selection as overall Welsh Winner.

‘It was a great surprise and an honour to be contacted by Helen Marshall, the artist who is the inspiration behind ‘Rainbows for the NHS.’ I certainly hadn’t ever contemplated a career in modelling and think I very much have a ‘face for radio!’

‘However, this photograph sums up my own immense sense of gratitude to the Welsh NHS and specifically to the superb care of clinicians, nurses, support workers and physios at Nevill Hall Hospital, which enabled me to survive Covid-19, through ICU and Rehabilitation. As captured in my tweet in the photo itself, the photograph was taken minutes before I left hospital on Thursday, 7th May after 6 weeks. The real stars are Deputy Manager of Gilwern Ward, Andrea Edwards (to my left) and Nurse Ceri Gregory (to my right.) 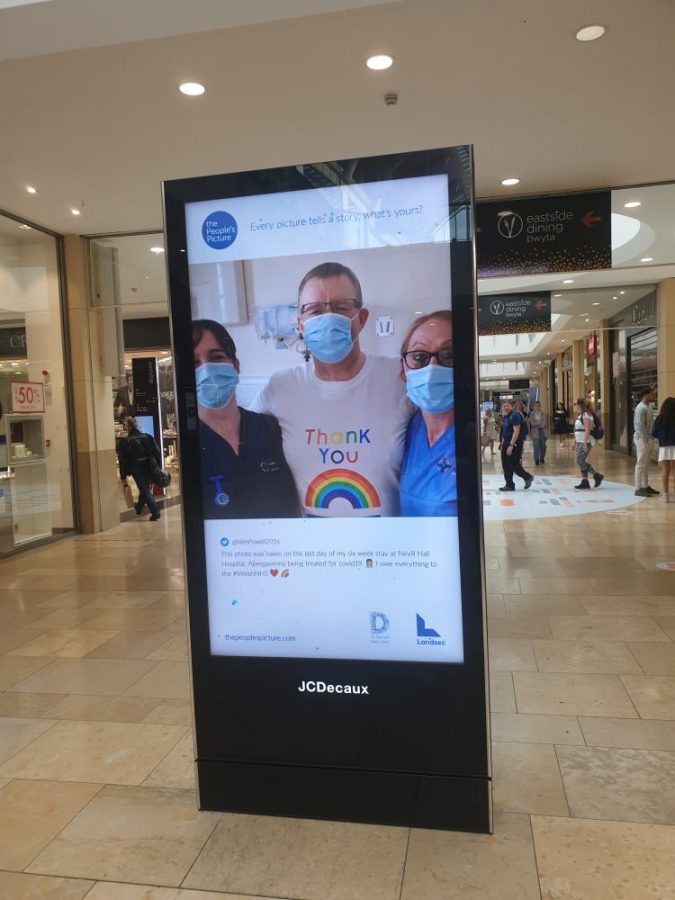 ‘The whole ‘Rainbows for the NHS’ project was conceived to celebrate the 72nd birthday of the NHS this year and the photo mosaic was featured at Piccadilly Circus and at locations throughout the UK. It is perhaps particularly appropriate that whoever nominated our photograph has chosen to celebrate the work of the Aneurin Bevan University Health Board, named after Nye Bevan, founder of our NHS. Many of those who cared for me were from Tredegar, Ebbw Vale and the other Blaenau Gwent communities that he knew best. 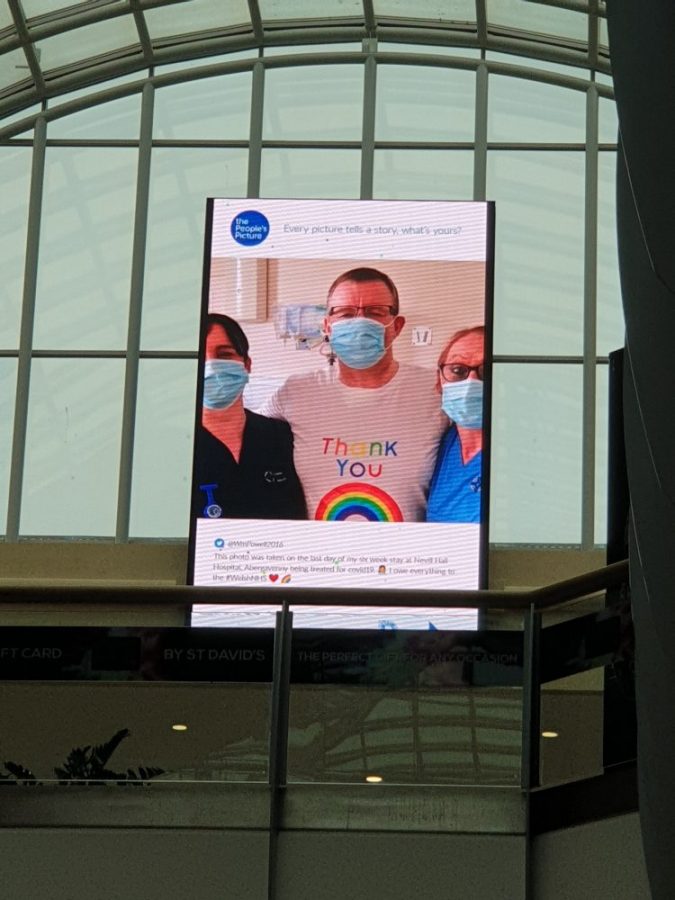 ‘I have had a number of messages on Facebook and Twitter in the last couple of weeks, from friends who were surprised to see me as a rather unlikely poster boy of the ‘Rainbows for the NHS’ campaign. When I saw the whole display on the ground floor of St Davids Shopping Centre in Cardiff, I have to admit to being more than a little choked up. Such is the gratitude that I feel for the care and kindness I received from the Welsh NHS.’ 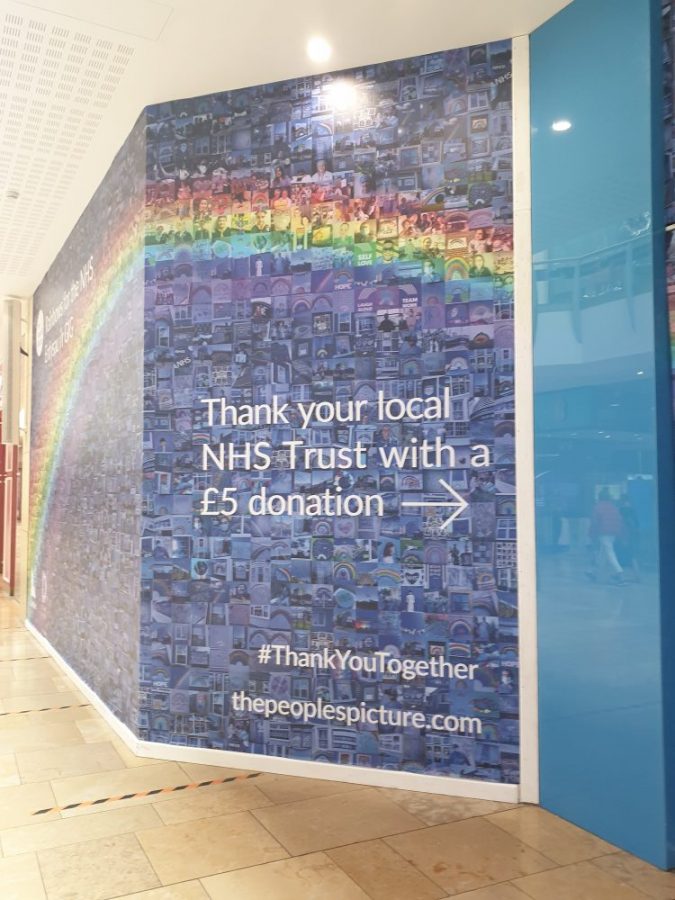 Listen to the interview we did with William Powell here.