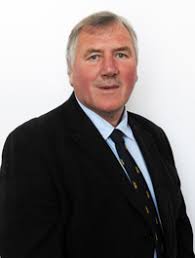 A Carmarthernshire councillor has referred himself to the Public Services Ombudsman for Wales after an expletive-laden outburst during a council training seminar.

Plaid Cymru’s Dorian Phillips MBE didn’t realise his computer microphone was on when he swore during the virtual meeting.

Other councillors were said to be shocked to hear the words: “F***ing swallow that you f***ers” coming from him.

Carmarthenshire Labour leader Rob James has called on Plaid to remove the whip from Cllr Phillips, claiming that his comment was aimed at opposition councillors. The profanity was uttered just after a council officer had explained at the seminar that around 95% of council decisions were made by the cabinet – the ruling executive body which doesn’t have any Labour representation.

Cllr Phillips said this wasn’t the case and that his comment was made during a business call he took during the seminar.

His remark prompted newly-elected Labour councillor Shelly Godfrey-Coles – one of those at the meeting – to ask Cllr Phillips to apologise.

Cllr James has now called on Plaid, which runs the council in coalition with the Independents, to suspend Cllr Phillips and ensure he made a full apology.

“This is truly appalling behaviour from an elected councillor and has really upset a number of councillors in attendance,” said Cllr James.

Alleging the language was directed at opposition councillors Cllr James said it flew in the face of comments made by the new council leader, Plaid councillor Darren Price, of wanting to work with political opponents.

Cllr Phillips, who has represented Llanboidy since 2017, said: “I cannot deny that I used profane language but it was not directed to anyone at the meeting.”

He said he was viewing the seminar on Zoom in his business office and that during the course of it he’d had to deal with a business call “which became very heated [and] in which colourful language was used”.

He added: “I was horrified to learn that my microphone was turned on and the impression given that I was addressing the meeting. That was certainly not the case and I had no reason to do so.”

Cllr Phillips said on being told what had happened he immediately spoke to the council’s monitoring officer and, on their advice, referred himself to the ombudsman – a move also undertaken by Labour.

He said: “I deeply regret that this happened and I’m dismayed it should be seen as being directed at fellow councillors.”

Cllr Phillips added that all councillors who knew him knew he behaved with “complete respect” to all elected members.