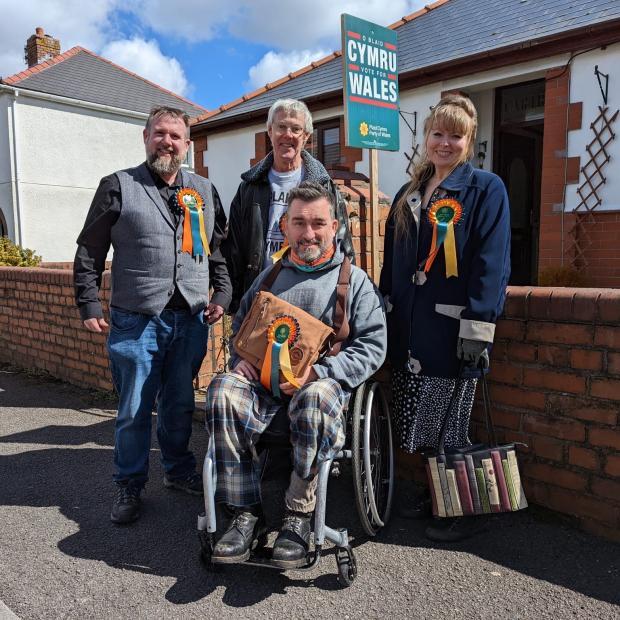 PLAID Cymru is fielding six candidates in Blaenau Gwent in next week’s election.

And the party is concentrating its efforts in three of the newly-created multi-member wards.

Plaid has three candidates standing in the Tredegar ward, two in Llanhilleth and one in Ebbw Vale South

Candidate in the Llanhilleth, Ben Owen-Jones explained what the party’s hopes are for Blaenau Gwent.

“In Blaenau Gwent, Plaid Cymru want to be open and transparent.

“People would appreciate the work of the council more if they can see what their county borough and community councils are doing with taxpayers’ money.

“We plan to be very visible in the community if we are elected.

“There is a need to create more work opportunities closer to the people that live here.

“Far too many people are forced to commute long distances for work, and this needs rebalancing.

“Public transport links should also be a priority for the people that need to travel in and out of the county borough.

“Many communities are not served by public transport in the evenings, meaning anyone without a car would find it difficult to get in and out of Blaenau Gwent after a certain time.”

Mr Owen-Jones also said that after speaking to people on the campaign trail “more work” needs to be done to tackle litter, dog fouling and fly tipping.

“The current system for collecting refuse and recycling is making the streets look a mess.

“We don’t think the system is appropriate for the kind of houses we live in and the streets we live on.

“Extending the free school meal offer to secondary schools is something that we have committed to as a party, but poverty does not end in primary schools.

“The benefits of extending this to all school pupils will be wide and far-reaching.”

This would be part of a “concerted campaign” to bring down the cost of living which includes rolling out community energy projects to combat the rising cost of energy bills.