A Plaid Cymru Senedd member since 2007 for South Wales West, Bethan Sayed will step down to spend more time with her 5 month old son, but will continue to remain a ‘pro-active activist’ in Wales.

Ms Sayed was elected as the youngest member of the then National Assembly in 2007, at the age of 25. In that time she has served various roles in Plaid Cymru’s shadow cabinet, most recently taking on the role of post 16 education, training, skills and innovation. In 2016, Ms Sayed was elected as Chair of the Culture, Welsh Language and Communications Committee where she particularly focused on the lack of news and current affairs media in Wales and the difficulties faced by Wales’ independent media sector.

Bethan has also worked on a wide range of issues, particularly campaigns on local and national issues such as those surrounding eating disorders and mental health, student financial education and transparency in government. Bethan helped to lead the anti-super prison campaign, which led to the proposals for a new ‘super prison’ in Port Talbot to be scrapped. She also campaigned for the Visteon pensioners after workers lost money when Ford ceased production at their site in Swansea.

“It has been a privilege more than words can properly describe to be elected, and represent the people of South Wales West. It has been one of the most important things I’ve ever done in my life, and I am immensely proud of all the campaigns and initiatives I’ve had the honour to be part of. I hope some of the work we’ve done can be an example to others – especially my young son and the next generation.

“Looking back on the last 13 years, I feel pride in what myself, my team and activists across the region and beyond have managed to achieve. More services for those with eating disorders in Wales, fighting big multi-national corporations like Ford and forcing them to pay former Visteon pensioners the pensions they deserved, ensuring more finance for music education and for start-up journalists via the work as Chair of the Culture, Welsh Language and Communications Committee. I am particularly proud of the work we’ve done in the community. From successfully stopping the super-prison from being built in Port Talbot, to opposing the blight of open cast mining, to helping arrange local events and supporting various charities, and actively helping those seeking asylum and refugees.

“I’ve made so many friends since being elected, and I’ve been blessed to watch people – often people who have never been involved in politics – develop into real community champions over the years, empowered to work and fight for change in their communities. In particular, Plaid Cymru members have always been central to the work we do, and I’m confident the work we have done over the last 13 years will continue in the region.

“Having had some time to think during lockdown, now is the right time for me to take a break from active politics, to spend time with my son during these precious early years. I do feel regret that, unfortunately, this is in part a decision that could have been different if we had a better set up here in Wales. Perhaps if there had been a job share opportunity – something that’s been discussed for several years – I may have felt more able and comfortable juggling my work as a politician and being a new mother. Perhaps if parties had worked to increase the size of the Senedd in time for the next term, so that the ever increasing workloads could have been better shared, my decision may have been different. But I want this time for my family now. It’s difficult enough for parents to juggle work and family life, and as much as many people wish to believe that Welsh politics is family friendly, I don’t think it is yet, sadly. There is still a long way to go.

“It would be remiss of me at this time, not to also speak about the often relentlessly negative nature of our politics today. While there is plenty to be angry and concerned about in politics, there are ways to effect change and talk to each other without the charged, aggressive and often mean spirited tone, too many take as a first step – Particularly online. With politics and debate overwhelmingly featured in online spaces, we have to try to find common ground where we can, and change the tone of debate.

“I’d finally like to thank my family and my staff team for their support. This wasn’t an easy decision to make. I’ve spent many weeks deliberating. It is scary and it is going to be a very different journey, but as we say in our political slogans, change is good. I wish all the candidates, and the Plaid Cymru team, well for the 2021 election and for the future. I know a Plaid Cymru government will bring the change that Wales desperately needs. I will continue to be a pro-active activist and campaign for a free, Republican Wales. I love this small nation of ours, and I hope to work with anyone who wants to work positively for the future, to make Independence a reality”. 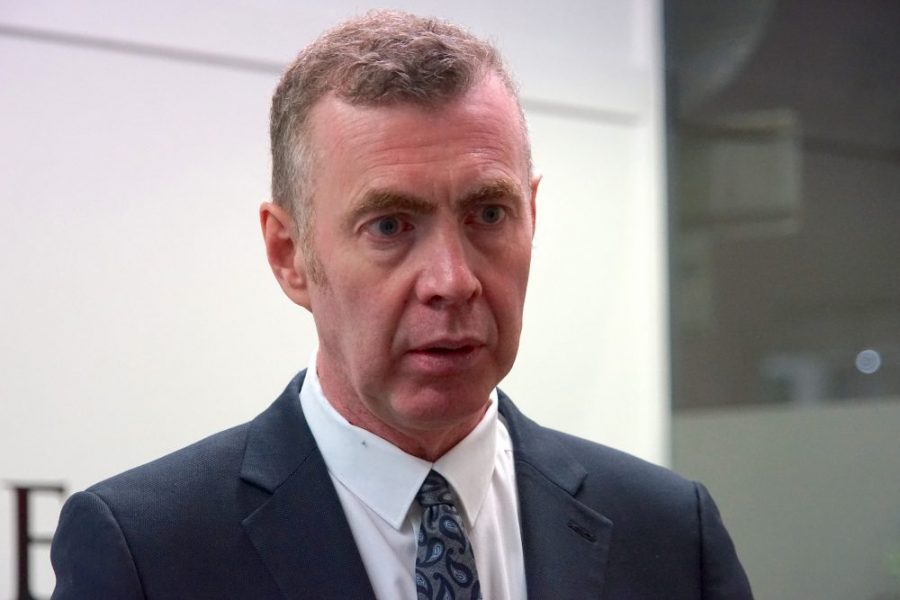 “As its youngest ever member when elected, Bethan was a ground-breaking politician from the start. She has stood out as a tireless campaigner in her region and beyond, fighting on behalf of the workers of Ford, Visteon and Tata Steel.

“Serving as chair of the Culture, Welsh Language and Communications committee Bethan has diligently led the work of the Senedd in scrutinising the Welsh Government’s decisions on these important matters. More recently, Bethan championed the pioneering idea of introducing locums to cover Senedd Members’ maternity leave.

“On behalf of Plaid Cymru I would like to thank Bethan for her contribution to Welsh public life and from the Plaid Cymru family to her and her family, I send Bethan our warmest wishes.”

Plaid Cymru calls for curb of “land grab” for “greenwashing”

‘We are bracing ourselves for one of the hardest winters we have ever faced, but will keep essential services running,’ vows NHS Wales chief executive