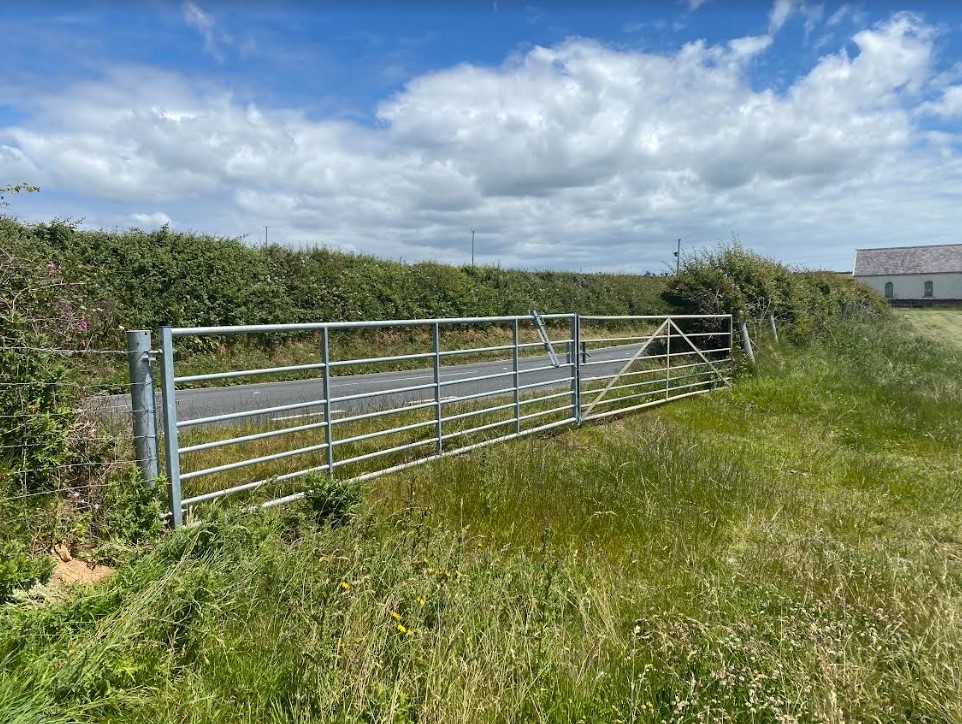 A PLANNING inspector visited a field in Gower to look at a gate, and has now had the final say in a planning row which attracted the attention of an MP.

It started after farmer Mark Button doubled the width of the gate – removing some hedgerow in the process – which he said was done for road safety reasons.

The gate accesses a field on a corner on the main road between Rhossili and Scurlage, at Middleton.

According to Mr Button, turning left with a tractor and trailer into the field meant having to encroach on the right side of the carriageway.

He then sought retrospective planning permission from Swansea Council for the work carried out, saying there had been a number of near-miss accidents.

Several people supported the application. There were also objections, partly because the gate-widening had been done without consent, and partly because objectors felt a better option would be a recessed access to the field with just a single gate. Concerns were also raised that the field could be used for car parking.

Supporters said the double-gate access was safer for drivers and cyclists on the road.

One of them, in an email to the planning department, said:

“Having directed traffic at a funeral on this field I have seen how dangerous blind the bend is for oncoming traffic.

“Also also having worked on the farm and planted spuds in the field I can see the bonus of being able to swing tractors and trailers in easier and more safely.”

Swansea Council’s planning department turned down the application, saying the wider access and loss of hedgerow was excessive and had a negative visual impact on the Gower Area of Outstanding Natural Beauty (AONB).

The council’s head of transport said widening the access should improve road safety but that visibility remained restricted.

She said in a letter to the council that she didn’t normally submit supporting comments on planning appeals, but felt “very strongly that the safety of residents and visitors” to the area should take precedence.

The council stood by its decision but suggested planning conditions to the body which determines appeals – Planning and Environment Decisions Wales, formerly Planning Inspectorate Wales.

The inspector, Vicki Hurst, overturned the refusal decision. She said the widened gateway had resulted “in some minor harm” in terms of the AONB, but that this was outweighed by road safety benefits.

Mr Button must now carry out a planting scheme to compensate for the lost area of hedgerow.

Speaking to the Local Democracy Reporting Service, Mr Button said he had widened the gate after narrowly avoiding a serious incident involving cyclists when he turned left into the field on his tractor.

“There were seven or eight of them coming hurtling around the corner, and one of them hit my outside wheel and came off,” he said.

Mr Button said there had been a number of “small incidents” at the spot over the years, and that he had taken action on safety grounds.

Addressing the concerns raised by objectors about about potential car parking in the field, he said he had been approached by other landowners about this and that he had declined as he already owned a car park in nearby Mewslade.

Mr Button said he told them the exception would be if rescue services had to get to a major emergency or incident in Rhossili and that somewhere was needed for cars to go.

He added he would abide by the planting condition, and had planted trees, wildflowers and installed bird boxes in Mewslade.

“I’m trying to turn Mewslade valley into a little bit of heaven,” he said.