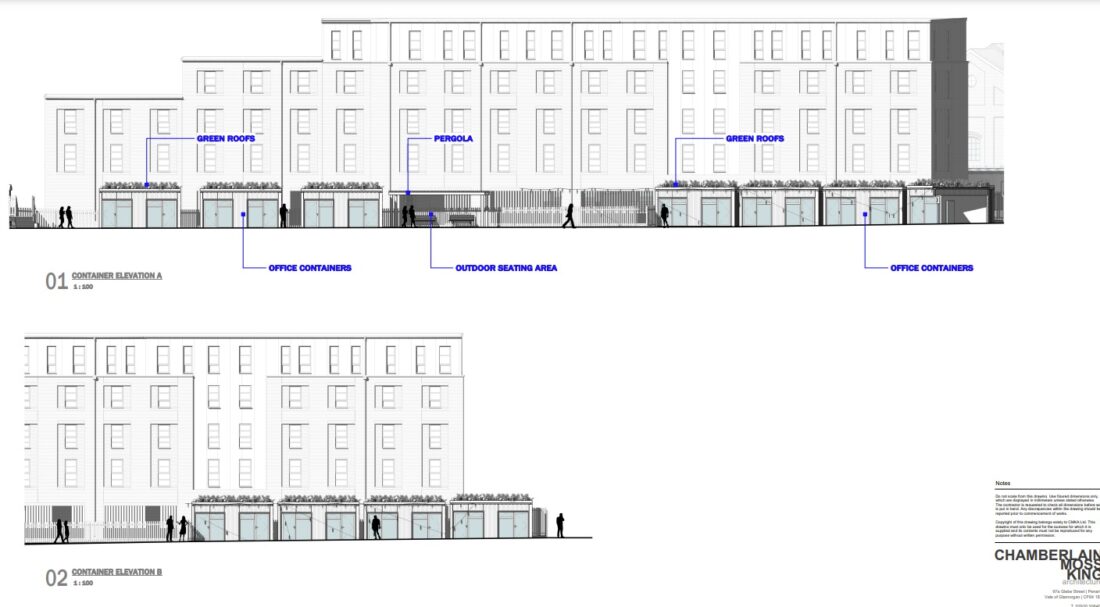 On-hold plans to expand a trendy sustainable urban centre in the Vale of Glamorgan have been given the green light.

Vale of Glamorgan Council has approved plans to expand the Goodsheds development in Barry by developing five train carriages for holiday accomodation and 10 containers for office spaces.

Plans for a block of flats and the relocation of an outdoor gym, which were in the original proposal, were omitted from the application.

The application was meant to be decided at a meeting on April 27. However, the decision was deferred in order to allow the consultation process to be completed.

Councillor Nic Hodges, ward member for Baruc in Barry, said he originally aksd for the application to be deferred .

He said: “I said at the time that I was in favour of the conversion of the railway carriages to tourism. I think it’s innovative, I think it’s fun, I think it’s quite interesting.

“I also saw that the further development of the block would be okay, but I had some concerns about the parking and also the way that the traffic moves so close there to the bridge underneath the railway.

“I was always against the building of accomodation there, but that was thrown out some time ago, and I had a major issue with that gym, but that has gone.”

He added he could now “quite happily” support the plan after the period of reflection and after the developer “substantially” changed elements of the application.

The proposed site that the application refers to is on land to the south and east of the main Goodsheds site around the railway line. The 10 containers that are being converted will provide 19 units in total.

Barry Town Council originally objected to the proposal on the grounds of noise, a lack of off-street parking and loading bays, lack of a landscaping scheme, and overdevelopment.

However, no further representations were received since the application was last heard at a planning committee meeting in April.