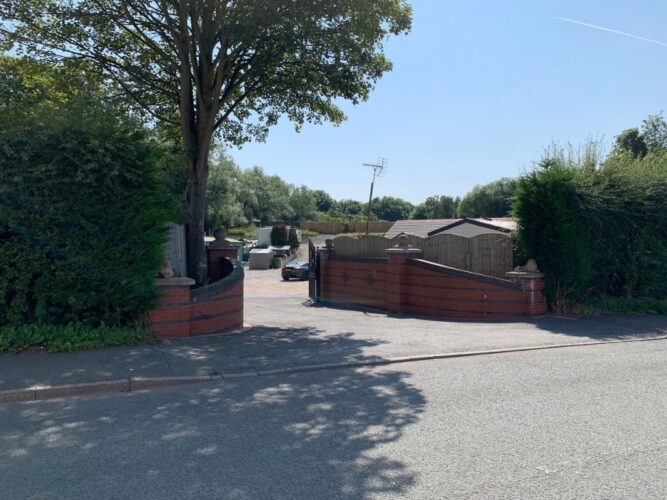 PLANS to extend a Traveller site in Wrexham have been backed for approval in the face of strong objections.

The owner of the caravan site on Heritage Way in Tanyfron already has permission for eight static and touring caravans and one mobile home.

Andrew Cash now wants to add more land on an area to the south of the existing site.

Although the application does not include any additional caravan pitches, it has attracted opposition from community leaders.

Several earlier proposals relating to the site were refused but later allowed on appeal by the Planning Inspectorate.

The latest scheme has now been recommended to go ahead by a senior Wrexham Council official.

However, members of Brymbo Community Council have raised a string of concerns ahead of councillors meeting to decide on the plans next week.

In a letter to the local authority, they said: “The council objects in the strongest terms to the application and are extremely disappointed and concerned that Wrexham Council’s planning department has allowed development on the site to the level it has.

“On recent viewings of the site, there seemed to be considerably more buildings and vehicles than the planning application requests permission for.

“How many people would potentially be living on the former grazing field, adjacent to our small village?

“It might well be of a similar capacity to the Ruthin Road site.”

The site is located within an area of green barrier land where development is only allowed in exceptional circumstances.

But the county borough council’s chief planning officer said the proposals would have a limited impact.

In a report to planning committee members, Lawrence Isted said: “The extension of the site is required for parking provision.

“Work involving grading of the land has already been undertaken.

“The development does impact upon openness of the green barrier at site level, however taking this into the self-contained nature of the site into account, the proposals do not result in blurring of a designation between Southsea with other nearby settlements.

“It is therefore considered that the relatively limited impact upon the green barrier represents exceptional circumstances to justify granting permission in this instance.”

Cllr Parry-Jones voiced concerns over the current appearance of the site where she said building materials had been dumped.

Southsea councillor Nigel Williams also claimed rats had been seen at the site.

A decision will be made on the proposals at a planning committee meeting being held on Monday (September 6, 2021).