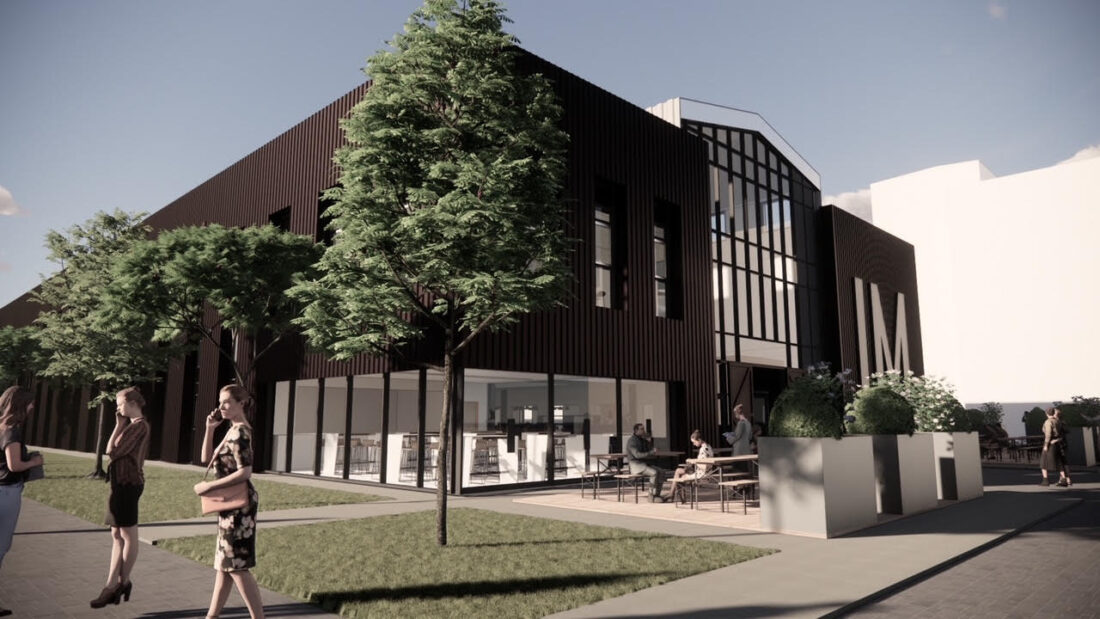 PLANS have been unveiled for a state-of-the-art building for businesses to grow in partnership with the University of Wales Trinity Saint David.

The Innovation Matrix will take shape at UWTSD’s campus in SA1, Swansea, and be open in September 2023, subject to planning consent.

The £9.3 million project represents the next phase of the university’s waterfront campus and is also an element of a wider Swansea Bay city deal project. Much of the funding will come from the Welsh and UK Governments.

If all goes to plan, the Innovation Matrix will mainly be home to small-scale but growing enterprises and businesses which are developing the region’s digital technology economy.

Key to the concept is that the tenants will add value to the university, and vice-versa.

Professor Ian Walsh, provost of UWTSD’s Swansea and Cardiff campuses, said: “We’re not here to fill the building with random tenants – we want active patrons. We have to fill it with tenants who will work hand in glove with us.”

He said the Innovation Matrix would be a digital space, but with a manufacturing centre, testing laboratories and 3D printing facilities in UWSTD’s IQ building next door.

The idea is that tenants would include start-ups, small businesses which have outgrown their current space, UK firms which want a presence in Wales, and even international companies.

And longer term the plan is for a larger Innovation Precinct building to host enterprises which outgrow the Innovation Matrix and need to move.

The Innovation Matrix and Innovation Precinct form part of a £175 million city deal project called Swansea City and Waterfront Digital District. The aim is to create the conditions and infrastructure for productive companies which generate well-paid jobs.

“Wales historically has seen quite a brain drain, but I think that’s turning,” said Prof Walsh.

He said he hoped the building would be 90% full within two to three years of its completion.

Barry Liles, OBE, pro vice-chancellor for skills and lifelong learning, said success would be an occupied building which provided opportunities for UWTSD graduates, growth in the local supply chain, spin-out enterprises and jobs.

He said the digital economy – encompassing automation, machine learning and cyber security, among others – will be of “huge significance”.

UWTSD has some 22,000 higher education students at its sites in Swansea and Wales, plus a further education intake.

Plans for the two-storey Innovation Matrix, which include accompanying flood consequence and transport statements, are being assessed by Swansea Council planning officers. The roof would feature solar panels, and the environmentally-friendly and building would not require any gas.

The design of the building has been refined, and will allow internal space to be reconfigured to suit the needs of tenants.

A design and access statement submitted as part of the planning application said a “containerised” structure was originally proposed.

“After this initial design review it became clear that the scope of the proposed activity in the building would require a larger area.”