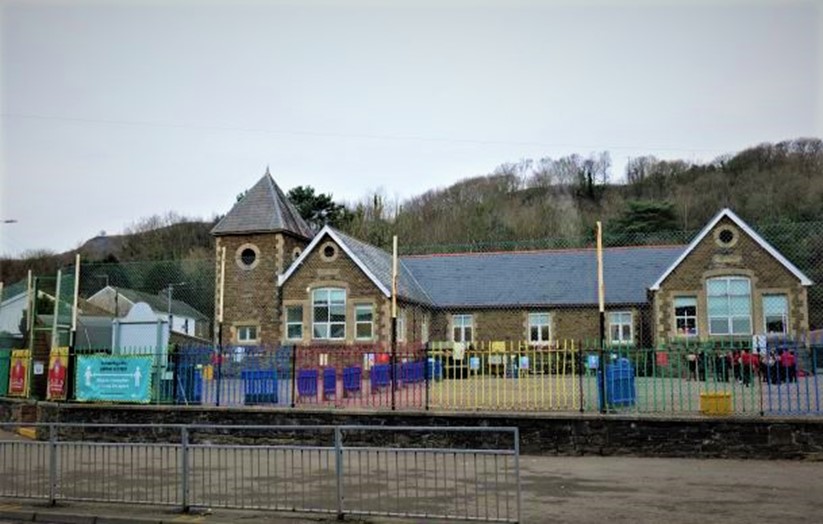 MEMBERS of Neath Port Talbot Council’s Education, Skills and Culture Cabinet Board have agreed that the new Welsh Medium school plan at Neath Abbey should go out for public consultation.

If approved, the proposed school, which would also feature a 45-place nursery and a 12-place childcare setting, would be located on St Johns Terrace, Neath Abbey Primary site (pictured) soon to be vacated by the English medium Abbey Primary School.

The background to the proposal is that in recent years, pressure for places in both Welsh and English medium schools has risen in the Neath Abbey, Skewen and Crymlyn areas. New housing developments in Crymlyn and Coed Darcy in particular have contributed to the increase.

The Council submitted an expression of interest to the Welsh Government in October for specific Welsh-medium capital funding to support the proposed school which aspires to refurbish, remodel, and adapt the existing buildings at Abbey Primary’s St John’s Terrace site.

Abbey Primary School currently operates between three separate sites and the school is due to relocate to a brand new build single-site school currently under construction at Heol Penlan in the Longford area of Neath during March 2022.

It is proposed the Welsh medium school would open for part-time nursery pupils in January 2023 with the first cohort of full-time reception pupils expected to attend the new school from September 2023.

“Welsh-medium education is an integral and essential part of the learning offer in Neath Port Talbot and all children should benefit from the opportunity to learn, appreciate and understand their lives through the medium of Welsh.

Neath Port Talbot’s draft Welsh in Education Strategic Plan (WESP) 2022-32, is the cornerstone for the council’s vision for increasing and improving the planning of Welsh medium education provision in Neath Port Talbot – enabling all learners to develop their Welsh language skills and to use the language confidently in everyday life.

In Neath Port Talbot, both the number and percentage of reception pupils in Welsh-medium schools has increased for the third year in a row with the percentage higher than it has been since 2013.

The total spend to date (Bands A and B) under the 21st Century Schools programme in modernising Neath Port Talbot’s school estate has now reached £165m – a massive investment in Neath Port Talbot’s next generations and the biggest of any council in Wales outside of Cardiff.