THE volunteer crew at Pwllheli have received an early Christmas present, with news the station will enjoy a share of the most valuable gift ever left to the RNLI in a single legacy.

Thanks to the £2.8M provided through the generous legacy of Richard Colton, the volunteer crew can soon look forward to moving into their new home. Mr Colton left an extraordinary gift to the RNLI in his Will in the form of two rare Ferraris. Both cars were sold at auction, raising more than £8.5M. 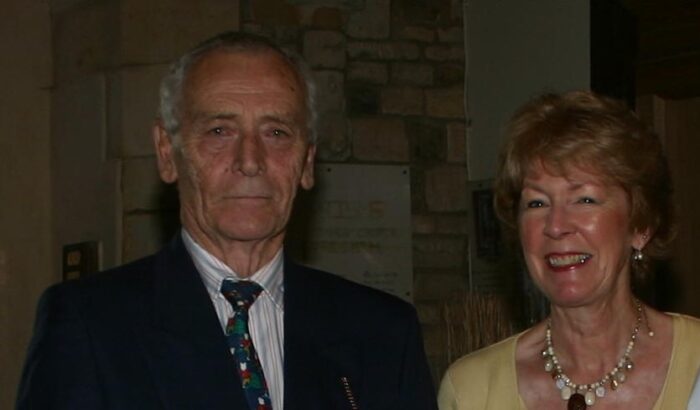 The £100,000 community arm of the fundraising appeal has also been hugely successful, raising £83,000 towards the impressive new build so far. The dedicated Pwllheli Lifeboat Station Fundraising Team are still hard at work to raise the remaining total and continue to sell the remaining 215 £50 bricks which make up a special commemorative wall at the station.

‘The donation Richard made through his Will was incredible and we’re delighted that it is being used for such a good purpose. We’re thrilled to be working with the RNLI in keeping Richard’s memory alive. It’s humbling to know that this RNLI boathouse, and Richard’s name, will be here for many, many years to come.’ 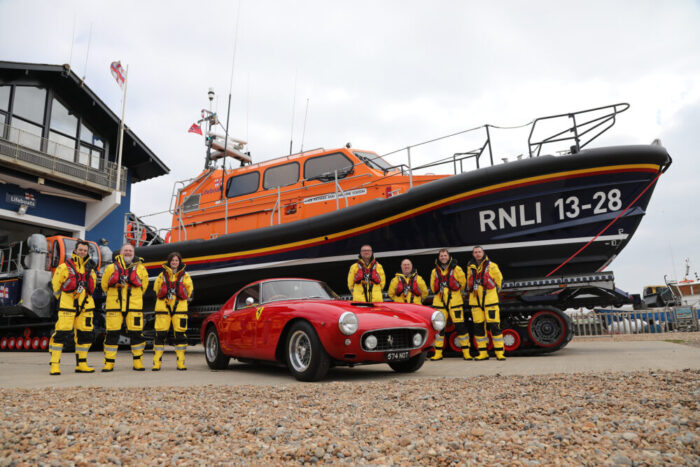 Businessman Richard Colton passed away in March 2015 and left an extraordinary legacy to the RNLI of two of the world’s rarest Ferraris. Both went to auction, a 1960 red Ferrari 250 GT SWB sold for £6.6m, while a silver 1967 Ferrari 275 GTB/4 sold for £1.93m – making the vehicles the most valuable items ever left to the RNLI in a single legacy.

Part of this has been used to fund the all-weather lifeboat Richard and Caroline Colton and launch and recovery system for the lifeboat at Hastings. 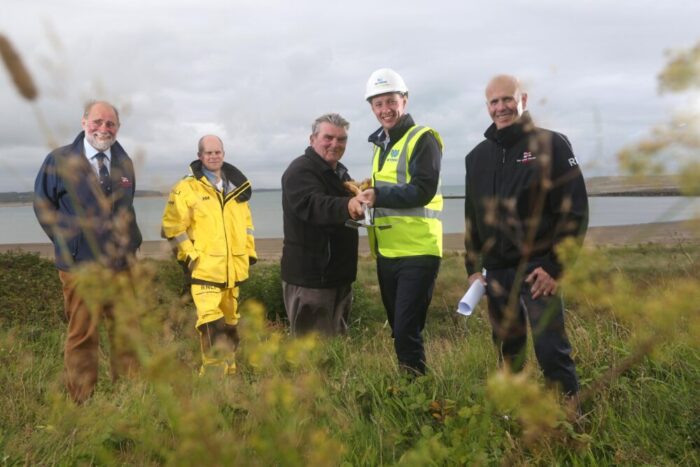 ‘Receiving this fantastic news really was quite a shock, what an exceptional Christmas gift for us all! Seeing the boathouse build develop over the year and the support we’ve had for the community appeal in these challenging times has been inspiring. I’d like to thank all our fundraisers for working so very hard. This latest donation really is a humbling end to what has been a difficult year for everyone. I would like to thank everyone involved for their support and for whatever they have given to support us, however big or small. It really is appreciated.’

Clive Moore, Coxswain at Pwllheli and architect of the new boathouse said:

‘We are a small Welsh station and the move to the new building and site will mark a significant period in the history of the station. I have a keen interest in classic cars and I find it remarkable and very humbling that a gentleman who had no seafaring connection should have the desire to support the RNLI through the sale of his treasured cars, and that we should now benefit at Pwllheli as a consequence of his generosity.’ 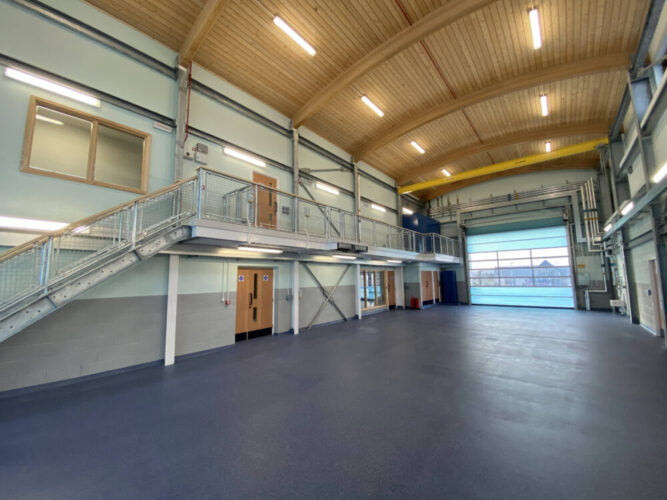 As well as the legacy from Richard Colton, another generous donation of £64,750 has been received to fund the mechanic’s workshop facility at the new boathouse. To coincide with the arrival of the new Shannon class lifeboat, new workshop facilities will be needed to maintain the lifeboat for decades to come. Without the workshop facilities and the generous donation, the boat simply could not be kept on service and on call, 24 hours a day 365 days a year. Long-standing RNLI supporters Dave and Barbara Smithson, from Devon, were pleased to be able to contribute towards the new workshop. Dave said:

‘The workshop facilities for maintaining the station’s lifeboats and keeping them ready to launch on service, is a crucial component of saving lives at sea. We are pleased to be able to contribute funds to support the building of the workshop as an integral part of the new Pwllheli Lifeboat Station’. 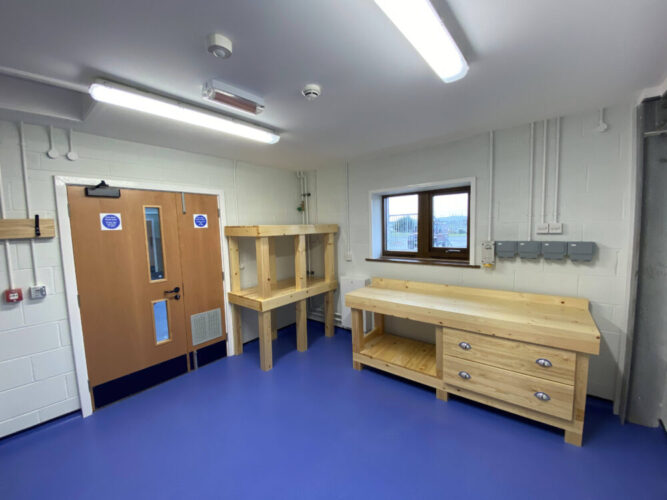 The RNLI also received a generous donation thanks to a legacy from Gerald Le Mesurier David who wanted a lasting memory to be created in honour of his sister Zoe Le Mesurier David, who was a great supporter of the RNLI. This legacy funded the crew changing room inside the station. A further significant pledge of support will fund the crew training room.

Those wishing for further information or to be involved with regards to supporting the community appeal, may do so be sending a cheque FAO Delyth Davies payable to the RNLI Pwllheli Lifeboat Station Appeal.

Alternatively, there is still an opportunity to purchase a brick on the new commemorative wall at the entrance to the station. Each brick will be engraved with usually a name, with a minimum donation of £50 per brick towards the station’s appeal. For more information contact Charlie on charlie_falck@rnli.org.uk or via mobile 07780608099.