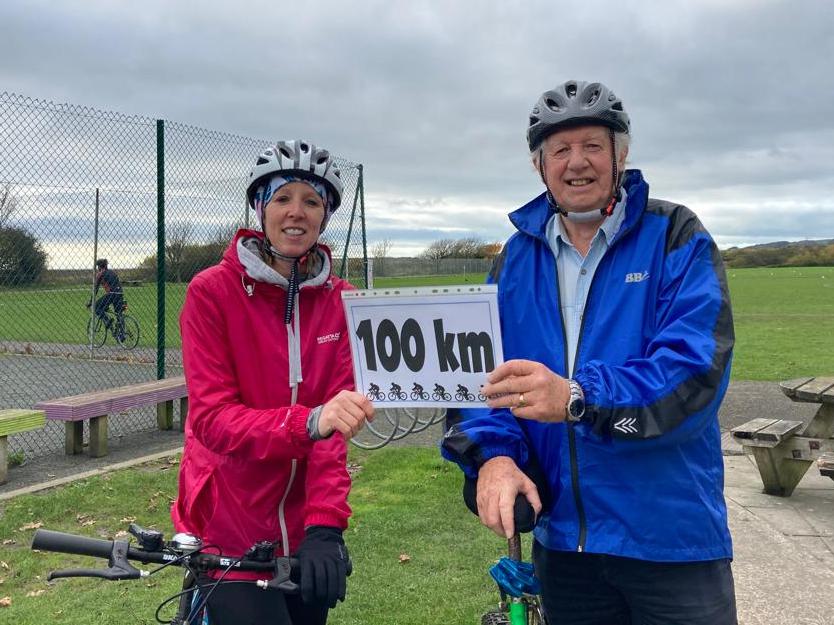 A RETIRED reverend geared up for a challenge by cycling 100km to raise funds for the Morriston Hospital surgical team he says saved his life.

Aled Williams underwent a five-hour operation at Morriston Hospital in November 2019 after an abdominal aortic aneurysm (AAA) was detected.

Less than three years later he was back at the hospital but for a much happier reason – to present a cheque for £1,000, which will be put towards training surgeons of the future.

An AAA is a bulge or swelling in the aorta – the main blood vessel that runs from the heart down through the chest and abdomen.

It can be dangerous if not detected early. It can get bigger over time and there is a risk it will burst, causing life-threatening bleeding.

AAAs do not usually cause any obvious symptoms, and are often only picked up during screening or tests carried out for another reason.

That was the case with Mr Williams, who was asymptomatic and whose diagnosis came purely by chance.