“Room for improvement” on Powys council use of Welsh language 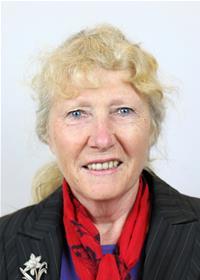 THERE is “room for improvement” in the use of Welsh at Powys County Council, a cabinet member said.

At a meeting of the cabinet on Tuesday, June 28, councillors agreed to approve the annual Welsh Standards draft report.

The report looked at the work done over from April 1 2021, to the end of March 2022,  to strengthen the Welsh language in Powys and normalise its day-to-day use.

This report needs to be published on the council website by the end of June and includes a number a total of nine recommendations from the Welsh Language Commissioner so that the council can strengthen its processes and comply with the standards.

The commissioner’s work included ringing up the council in Welsh to find out what sort of the service Welsh speaking callers receive from the council,

It was only in the third call that the commissioner was greeted in Welsh and within the appropriate time frame.

This prompted Powys to conduct their own mystery shopper exercise which encountered similar problems.

The council says that they will: “Offer training and support to staff where necessary and strengthen our procedures for answering and handling calls in Welsh.”

A second issue raised by the commissioner has seen a change of email signature being rolled out across the whole of the council.

Council staff now have a signature that includes the statement: “You are welcome to contact us in Welsh.

“We will respond in Welsh, without delay.”

The commission found that Powys staff had stated that they “welcome” correspondence in Welsh but did not say they would: “reply in Welsh, without delay” as is requirement.

“There is room for improvement which I’m sure we’ve all picked up.

“It’s good that the secret shopper has identified some of the issues and now that we are aware of those we can try and remedy to improve.”

Cabinet member for a learning Powys, Cllr Pete Roberts said: “This is welcomed in general.”

Cllr Roberts noted that there were delays with setting up a committee after a new Welsh language officer joined the council.

“I appreciate we were at the end of the council term, and we were approaching purdah, but can I have some assurances that it won’t be repeated.”

“I agree, it’s a shame that committee has not been established and we will now move ahead to propose people to be part of that group and I will ensure that it will start as soon as possible.”

Council leader, Cllr James Gibson-Watt: “This is an important document and there are some important recommendations in it.”