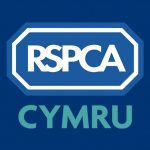 RSPCA Cymru is appealing for information after a young fox is suspected to have died from poisoning in Cardiff.

The animal welfare charity was alerted to the animal by a member of the public who found the fox in a collapsed state in the area of Pant-Y-Caerau, Church Road in Pentyrch.

Sadly when RSPCA inspector Gemma Cooper attended the location on 12 November, the fox had died.

“The symptoms presented by the fox before death would suggest that he died of poisoning, which is very sad,” she said. “But we don’t know exactly how this poor fox died as there were no obvious external injuries.

“What is suspicious and a concern for us is that the caller said it was the fourth dead fox in the area within 24 hours. It is unusual for there to have been four foxes found dead in such a short space of time.

“We are keen to speak to anyone with first hand knowledge of this so we can look into it further.

Anyone with information about the suspected poisonings should contact the RSPCA’s appeals line on 0300 123 8018. Suspected animal poisoning incidents can also be reported by calling the Wildlife Incident Investigation Scheme on 0800 321 600.

For more information about living with foxes visit www.rspca.org.uk/adviceandwelfare/wildlife/inthewild/foxes.

Donating just £25 could help keep our Animal Rescue Teams on the road.