A DECIDING vote was needed to pass a controversial move to close a village school – described as the area losing its heart.

Cllr Marc Davies had spoken out against a plan to close Cilcennin School, in his ward, but at full council on Friday (May 24) he said that finances forced the decision.

Ceredigion County Council voted to close Beulah, Clicennin and Trewen Schools because of falling pupil numbers and increasing costs but the vote was not unanimous.

In the case of Trewen there were 19 votes in favour and 11 against, with the chairman’s deciding vote meaning the recommendation to close the school was passed.

There was a move to keep Cilcennin open until a new area school for the Aeron Valley was developed to avoid children having to move school again but the amendment was not passed.

Local member Cllr Marc Davies said: “It’s a very sad time for Cilcennin, for the whole community. It’s a small village, the pub has closed, we haven’t got a Post Office or anything, the only thing left was the school and the heart is taken  from the village.

“The numbers speak for themselves, at the end of the day it’s the money that makes the decision for us.”

He added that the “Welsh language is under siege” in south Ceredigion with a lack of children resulting from older people moving to the area.

Cllr Lloyd said: “The situation is if you close the school there will be nothing left apart from Beulah Chapel and Merched y Wawr  to maintain the Welsh language.

“The parents have fought a very hard battle but a very fair battle to save the old school.”

“The villages are dying, the communities are dying in my opinion,” he added.

Small schools such as these impact on “pupil experiences” said Cllr Bryan Davies said it was not about cost.

“I know from my own children being a member fo a choir or a team, it builds their confidence,” he said.

Numbers could be increased at Trewen said Cllr Lloyd, with Cllr Wyn Thomas backing a call to kept the school open, who added that the fall in pupil numbers had been very sudden.

There had been 17 forms submitted listing Trewen as a preferred school option, the meeting was told.

The building is newer and more suitable to remain open other councillors argued.

Beulah, Trewen and Cilcennin schools have been under threat of closure for some time and following consultation they remain recommended to be shut by Ceredigion County Council.

Despite local objections the three schools will not reopen for the next school year in September.

Falling pupil numbers and increasing costs are the reasons given for closure.

The cost per pupil at Beulah Community Primary School was £7,607 against a county average of £3,761 with projected savings of £75,978 a year, taking into account estimated transport costs of £14,155.

There are currently 15 pupils at the school.

A report adds that there are “sufficient places at the alternative school of Cenarth Community Primary School to accommodate all pupils.”

Trewen Community Primary School’s eight pupils will also be sent to Cenarth with an annual saving of £70,480 predicted, £93,635 less estimated transport costs of £14,155.

When Cilcennin Community Primary School closes a report to council states that there will be savings of £102,678 but transport costs will cost £34,200.

Statutory consultation on plans to discontinue the schools was agreed in July 2018 and a statutory notice for objections issued in December, with the results present to cabinet members in March. 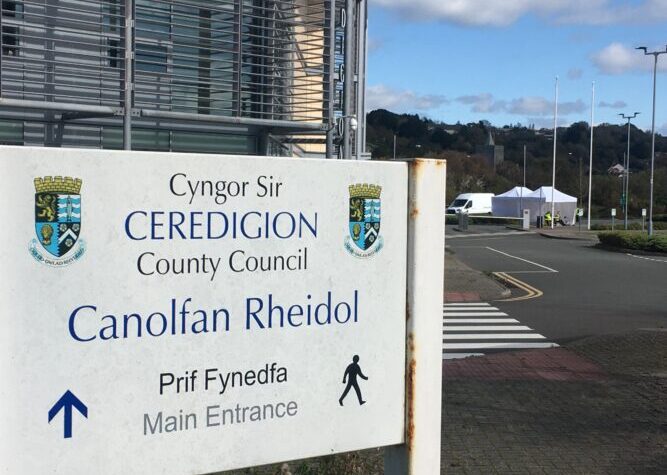