Secondary Schools finances in Powys a cause for concern 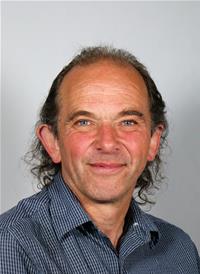 SECONDARY school finances in Powys could fall off a cliff edge by 2024/25 a report has shown.

At a meeting of Powys County Council’s cabinet, councillors went through a report that looked at the state of school finances at the end of the 2021/22  and also their predicted positions by the end of the 2024/25 financial year.

There are still seven of the 90 schools in Powys showing budgets in the red and are in a combined cumulative deficit of £2.7 million.

The number of schools in deficit is down from 14 in the previous year.

Of these seven in deficit, five are secondary schools:

And looking at the projections for 2024/25 the secondary school position is a predicted deficit of £4,574,418 with only Llanidloes High School showing a surplus which is: £209,980.

As Caereinion High School is due to close at the end of August and merge with Llanfair Caereinion primary school, becoming Ysgol Bro Caereinion an all through school no further data is provided for it.

The county’s all through schools have a surplus predicted for the end of the cycle.

“For future years the secondary sector is looking quite concerning, you will see an increasing deficit position which will put us into quite significant problems at two schools in particular at the end of this cycle.

“We are already in the process of arranging meetings with those schools to explore in more detail what the position is there.”

“We do have schools that are causing some concern.

The position as of the end of March saw primary schools reporting a healthy surplus of £7.966 million with secondary schools cumulatively showing a surplus of just over £1 million.

The extra money is due to a glut of grants from the Welsh Government that were given to schools to pay for the costs of dealing with Covid-19.

But from this extra money, schools will now have to use it to deal with the cost-of-living crisis which includes paying energy bills

“The report outlines the position at the end of what was quite an unusual financial year.

“Most of our schools had significant late grants coming in.”

Some of the schools are carrying much more money than would usually be the case.

In normal times this money could be subject to “claw back” which would see the money returned to the council coffers.

“In this occasion the Welsh Government have requested that we look generously at these positions.”

“We have asked the schools to come back with briefings and plans of how this  will be used.”

He added that the claw back mechanism would not be used this year.

“Schools will need to focus on how they use those balances, being mindful of increasing inflation and energy costs.