Should a councillor be a Welsh speaker? 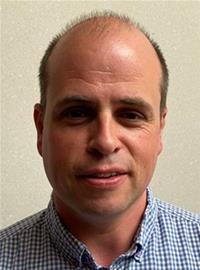 WHETHER being able to speak Welsh should be a requirement for those applying to be councillors has been raised by one Ceredigion member.

Discussions about the Welsh Language Standards Monitoring Report 2021-2022 were held on Monday June 13 and Ceredigion County Councillors were updated on the progress made implementing the legal framework relating to the Welsh language.

The council, as will many other organisations, “must not treat the Welsh language less favourably than the English language” and promote and facilitate the use of Welsh, covered by five mains standards and 167 sub-standards.

The standards report will be singed off by cabinet before being sent to the Welsh language commissioner and publication online.

Councillors raised questions about the use of Welsh at community councils and how this could be increased, with a tendency to revert to English if a non-Welsh speaker was present noted.

The committee heard that millions of words a year are translated by the council a year and there was not the capacity to provide simultaneous translation for community council meetings as well as county council.

Cllr Gareth Lloyd, leader of the Independents Group, asked if it was possible to “put a condition of speaking Welsh” when being a public representative as in all areas “there will be a certain number of Welsh speakers” and “in order to represent them, to discuss with your electorate, is there an argument for putting Welsh knowledge as a condition or a willingness to learn?”

He was told that there were some rules that prevented people standing as a councillor  but language was not one of them, and it was unlikely that Welsh Government would be “going that far”.

The standards report highlights the use of remote working during the pandemic and the move to Zoom of committees, utilising its simultaneous translation channel, with 229 meetings provided with translation between March 2021 and April 2022.

Residents contacting the council can also do so in their chosen language with 15 of the 19 Clic service staff fluent Welsh speakers, although the number of English language calls was higher and the council will be raising awareness of the Welsh services available.