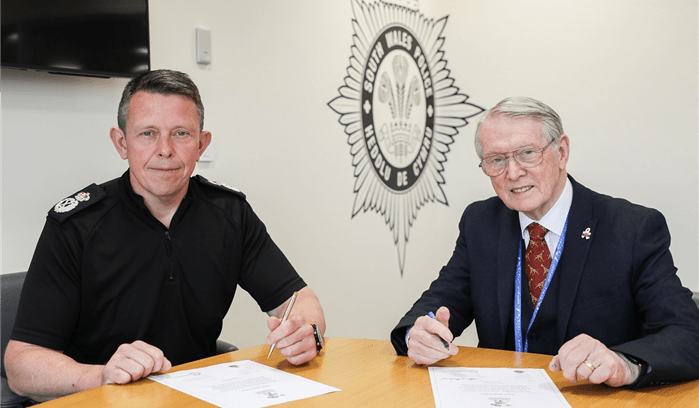 South Wales Police has pledged its commitment to service personnel with an Armed Forces Covenant.

AS we join thousands of others across the UK to mark Armed Forces Day – paying tribute to service families, veterans, cadets and the fallen – South Wales Police is delighted to announce it is one of the latest forces to sign up to the Armed Forces Community Covenant.

The covenant is part of a government initiative to promote a greater understanding between the military and the general public. It is a voluntary pledge to encourage charities, local authorities, businesses, communities and individuals to work together with the military to offer support to service personnel and their families as well as reservists and veterans.

The Armed Forces Community Covenant is made between the serving and former members of the Armed Forces and their families, working and residing in the South Wales Police geographical area, (including Bridgend, Cardiff, Merthyr Tydfil, Neath Port Talbot, Rhondda Cynon Taf, Swansea, and Vale of Glamorgan county councils).

The covenant is a voluntary statement of mutual support between a civilian community and its Armed Forces community at the local level.

The purpose of this Community Covenant is to encourage support for the Armed Forces community working and residing in the South Wales Police geographic areas to recognise and remember the sacrifices made by members of this Armed Forces community, particularly those who have given the most. This includes in-Service and ex-Service personnel, their families and widow(er)s.

“By signing this covenant, we’re acknowledging our responsibility to those who serve or have served their country. They must be treated with dignity, respect and fairness.
“We are proud to be supporting this initiative and I’m hopeful it will assist many individuals over many years as they transition to the next phase of their life.”