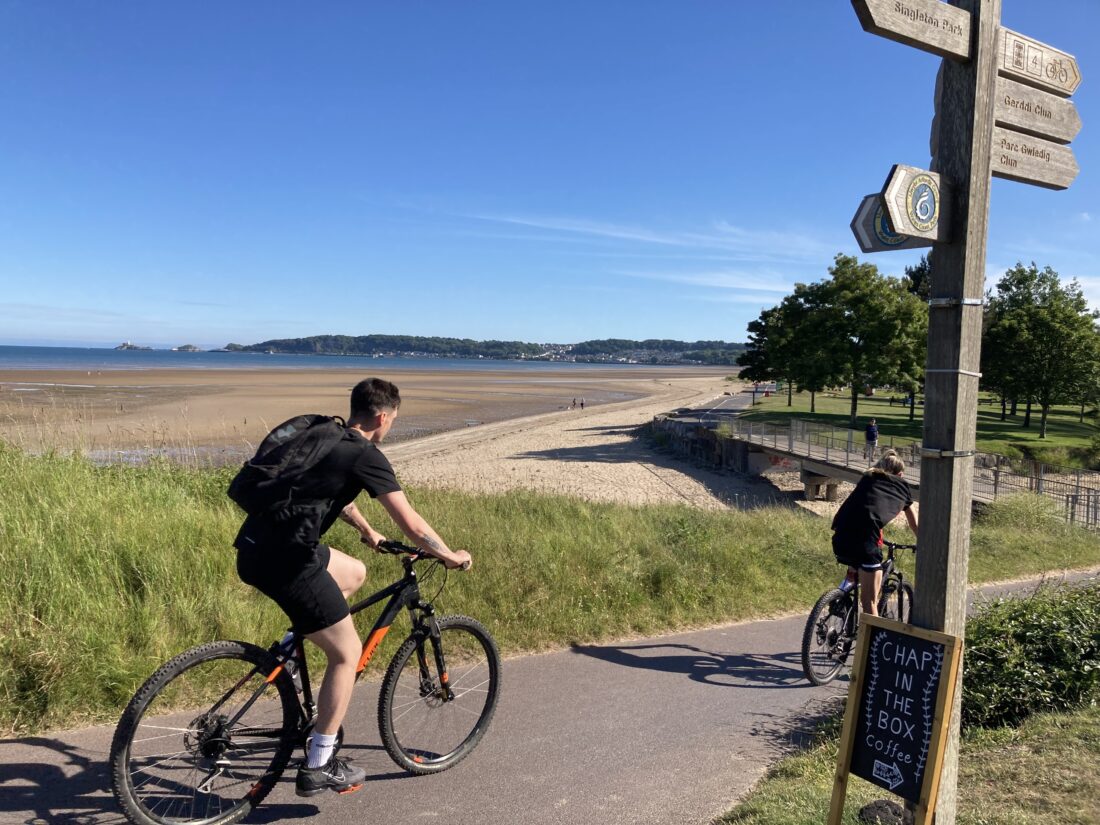 SWANSEA has a cycle network rivalling many European capitals, according to the leader of the council, who welcomed the latest funding to expand it.

Residents of Amsterdam and Copenhagen might raise an eyebrow but Cllr Rob Stewart was keen to celebrate a £7 million Welsh Government grant to provide and design more “active travel” routes this year.

Opposition leader, Cllr Chris Holley, said there was a “growing resentment among the motoring public” that some cyclists were not using them.

Addressing a meeting of cabinet, Cllr Holley asked if cyclists were obliged to use cycle paths rather than the road, to which Cllr Stewart replied that he didn’t think that was the case.

The Labour leader said cyclists had no option but to use roads in some instances, which was why expanding and connecting the county’s cycle network was important to do.

Cllr Holley said “an enormous” amount of money was spent on active travel, which was “right enough”, but he said there was concern among the “motoring fraternity” about cyclists who chose to use roads  instead of cycle paths.

Cllr Stewart said Swansea, which has a record of securing more than its fair share of active travel funding, should be proud of its progress. It now has around 120km of shared-use paths.

“We have a network to rival many European capitals and this (new funding) will only add to that,” he said.

The council bid for £8.3 million of the £60 million active travel pot this year, so was £1.3 million short of its target. One element that will proceed is a new shared-use path from Mayals, across Clyne Common, to Bishopston.

Work will also be taken forward on a Swansea northern route, which covers areas such as Penllergaer, Gorseinon and Pontarddulais, enhanced links between Penllergaer and Fforestfach, and between Morriston and the national cycle network route from Swansea to the Brecon Beacons.

A portion of the £7m – £1.1m – will be spent investigating and designing new routes for following years, including one from Sketty to the city centre via Sketty Road and Walter Road, another along Morfa Distributor Road and the adjacent River Tawe, and another on Pont-y-Cob Road, Gowerton.

She asked for clarity about the impact of this section of shared-use path on residents with disabilities who, she said, would no longer be able to park on the road outside and instead would have to cross it to get to their vehicles.

Cllr Fitzgerald, who represents Penllergaer, also asked what consultation had taken place with residents about the proposals, and asked if the relevant cabinet member, Cllr Andrew Stevens, would meet residents to hear their concerns.

She also said she had felt “misled” by a council officer when she asked in 2019 where the proposed route would go. The officer replied that the council didn’t have a recommended route because feasibility and design work needed to be carried out.

But she said a subsequent letter from the council to Gorseinon Road residents, in 2021, said the route to be progressed had originally been put forward in 2017.

Cllr Stewart said he did not believe that the officer would have genuinely misled her. “I assume he was relaying the information at the time,” he said.

The Labour leader also said there had been a consultation in 2017 about plans to develop an integrated cycle network in Swansea.

He said residents affected by new shared-use paths would have a further chance to give feedback, and that he will ask Cllr Stevens, who was not present at the meeting, if he would meet Gorseinon Road residents.

Cllr Stewart also said he would ask for a written response about potential impacts on people with disabilities.