DETECTIVES investigating the murder of Tomasz Waga in Cardiff have made further arrests in London and are appealing for information on a third suspect.

* Both men were arrested in the north London area.
* Two men have already been charged in connection with Tomasz’ death and are remanded in custody awaiting trial.
* Three other men – Josif Nushi,  Mihal Dhana and a third suspect Gledis Mehalla – are wanted on suspicion of murder.

Tomasz’s body was discovered by a member of the public at approximately 11.30pm on Thursday, January 28  in Westville Road, Penylan.

Earlier that day Tomasz had travelled from Dagenham to 319 Neport Road, Cardiff, where a disturbance took place at around 10.30pm.

He died following a sustained assault.

“These individuals may have links to other towns and cities across the UK.

“We also need to consider the possibility that the outstanding suspects have fled the UK and for that reason we are working very closely with international law enforcement agencies.”

The following is known about them.

* They had links to a property on Newport Road where a cannabis factory was discovered shortly after Tomasz’s body was found.

* They fled Cardiff on Friday, January 29.

* They have links to Lushnje in Albania.

Tomasz’s family have been updated and they continue to be supported by family liaison officers.

Senior Investigating Officer, Detective Chief Inspector Mark O’Shea, from South Wales Police, added: “Tomasz was a much-loved son, brother, father and partner to his girlfriend and we urge anyone with information to please come forward.”

Anybody with information should contact 101 or provide information online via the Major Investigation Public Portal:

Alternatively you can call Crimestoppers anonymously on 0800 555 111. 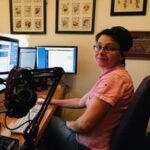 Angharad has a wealth of experience working as a governess to the Saudi Arabian Royal Family and as a assistant at a busy photography studio. Angharad joined the team as office admin but has progressed to managing site content. She is a busy Mum of four children and enjoys community life.