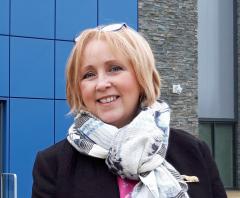 The Welsh Government has been accused of disregarding the experience, expertise and livelihoods in the tourism industry with its radical programme, announced today, to address second homes issue in Wales.

Suzy Davies, Wales Tourism Alliance chair, has challenged the Welsh Government to face up to the unintended consequences of its policy changes and says the contribution genuine tourism businesses make to the viability of communities is being ignored.

A recent change to the occupancy threshold needed for a holiday let to be treated as a business dismissed the majority view in the government’s own consultation as well as compelling evidence of harm to the professional furnished holiday let sector, she added.

Her comments follow today’s announcement of new planning laws, a statutory licensing scheme and proposals to change land transaction tax in a package of measures to address second homes in Wales.

Mrs Davies said that, on the face of it, proposals reflecting a determination to distinguish between genuine businesses and second homes might be welcome, as would a form of registration which guaranteed quality.

However, the recent experience over the 182-day occupancy threshold has left businesses disillusioned about the weight Welsh Government gives to their evidence. There is no confidence that proposals will protect their status from being recognised.

In the absence of detail, it is not clear where the distinctions will be drawn and whether any rules will be applied retrospectively. Further, there is no confidence that money raised through a licensing system would be used to enforce standards, she added.

First Minister Mark Drakeford and leader of Plaid Cymru Adam Price set out the next steps in a programme of actions to help create thriving communities and to support people to afford a home.

The co-operation agreement between the Welsh Government and Plaid Cymru includes a commitment to tackle the issue of second homes affecting many communities in Wales.

The package of measures includes:

• Changes to planning regulations by the end of the summer, including three new planning use classes – a primary home, a second home and short-term holiday accommodation. Local planning authorities may require planning permission for change of use from one class to another and will also be able to control the number of second homes and holiday lets in any community.

• Plans to introduce a statutory licensing scheme for all visitor accommodation, including short-term holiday lets, making it a requirement to obtain a license. The Welsh Government says this will help raise standards across the tourism industry.

• Local authorities will develop a national framework which will allow them to raise land transaction tax rates for second homes and holiday lets in their local area.

The Welsh Government has already given councils discretionary power to increase council tax premiums on second and empty homes and changed the rules on holiday lets taxation.

First Minister Mark Drakeford said: “Tourism is vital to our economy but having too many holiday properties and second homes, which are empty for much of the year, does not make for healthy local communities and prices people out of the local housing market.

“There is no single, simple solution to these issues. Any action we take must be fair. We do not want to create any unintended consequences, which could destabilise the wider housing market or make it harder for people to rent or buy.”

Mrs Davies responded: “Welsh Government needs to mean what it says about unintended consequences and recognise that genuine tourism businesses contribute to the viability of communities,” she said.

“Whatever their aims, their unwillingness to address the unintended consequences of the policies they have already introduced hasn’t convinced the industry of their sincerity on this.

“However, across the whole of Wales, they have already been caught up as part of Welsh Government’s policy to control the separate, different issue of second home proliferation in some specific communities.

“Tourism providers recognise the worry about second homes but have grave reservations about how Welsh Government intends to resolve it. We are already nervous about the reference to a licensing scheme rather than a registration scheme; this has brought nothing but bureaucratic grief in Scotland.

“The Welsh tourism industry is as keen as Welsh Government and Plaid Cymru to see a prosperous, balanced visitor economy where tourism businesses are valued participants in their communities. Yet every announcement comes as a blow to the industry’s confidence as its experience, expertise and livelihoods are diregarded.”