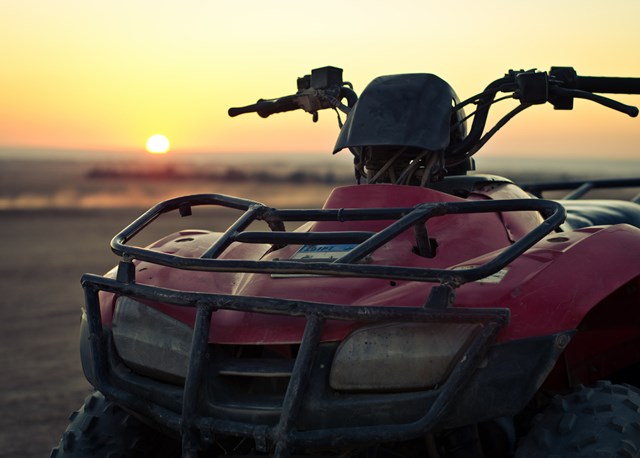 TWO men have been summonsed to court for stealing a quad bike and trailer as police continue to crack down on travelling criminals targeting rural communities in Dyfed-Powys.

A lengthy investigation has been carried out into the theft of a quad bike from Talybont on Usk in June 2019, with CPS this week authorising charges of joint theft of a motor vehicle against two men.

One of the men has also been charged with dangerous driving following the incident.

Lead officer Chief Inspector Stuart Bell said: “This is another positive result for the ongoing Operation Maple, which was launched after we identified a spike in criminal behaviour affecting rural communities in Powys last summer.

“We hope it will provide further reassurance for our rural communities that we are actively engaged in targeting criminal activity.

“All officers involved are thanked for their hard work in securing the charges.”

Since the operation was launched, nine arrests have been made for thefts, handling stolen goods, burglary, conspiracy to steal and driving offences.

Positive search warrants have also been carried out at four addresses in the South Wales Police area.

“Together with our neighbouring forces and key partners, we have worked hard to identify and target the individuals responsible,” said CI Bell.

“We have executed several warrants, made many arrests, seized numerous vehicles used in criminality and recovered a great deal of stolen property.

“We are sending a clear message to travelling criminals – if you commit crime in Powys, we will come after you.”

An integral part of Operation Maple has been joint work with partner agencies including FUW and NFU Cymru.

Emyr Wyn Davies, FUW Montgomeryshire County Executive Officer said: “It is vital that this relationship has started between both Farming Union’s and Dyfed Powys Police.

“Rural crime has become a major issue within the agricultural community in recent years, and by having this joint working group we can share experiences and knowledge together to create a safer community.”

Regular meetings are held between the rural crime teams and NFU Cymru to discuss future plans.

NFU Cymru County Advisers in Powys, Stella Owen and Joe Mault said: “Our working partnership allows us to share ideas and give the rural crime team insight from our membership on what’s happening on the ground and what to look out for.

“The NFU has a service for farmers and the public to give information anonymously about rural crime, launched in partnership with the charity Crimestoppers, and we would urge members to report anything suspicious to this anonymous hotline on 0800 783 0137.”

The Rural Crime Hotline can also be accessed online at www.ruralcrimehotline.co.uk.