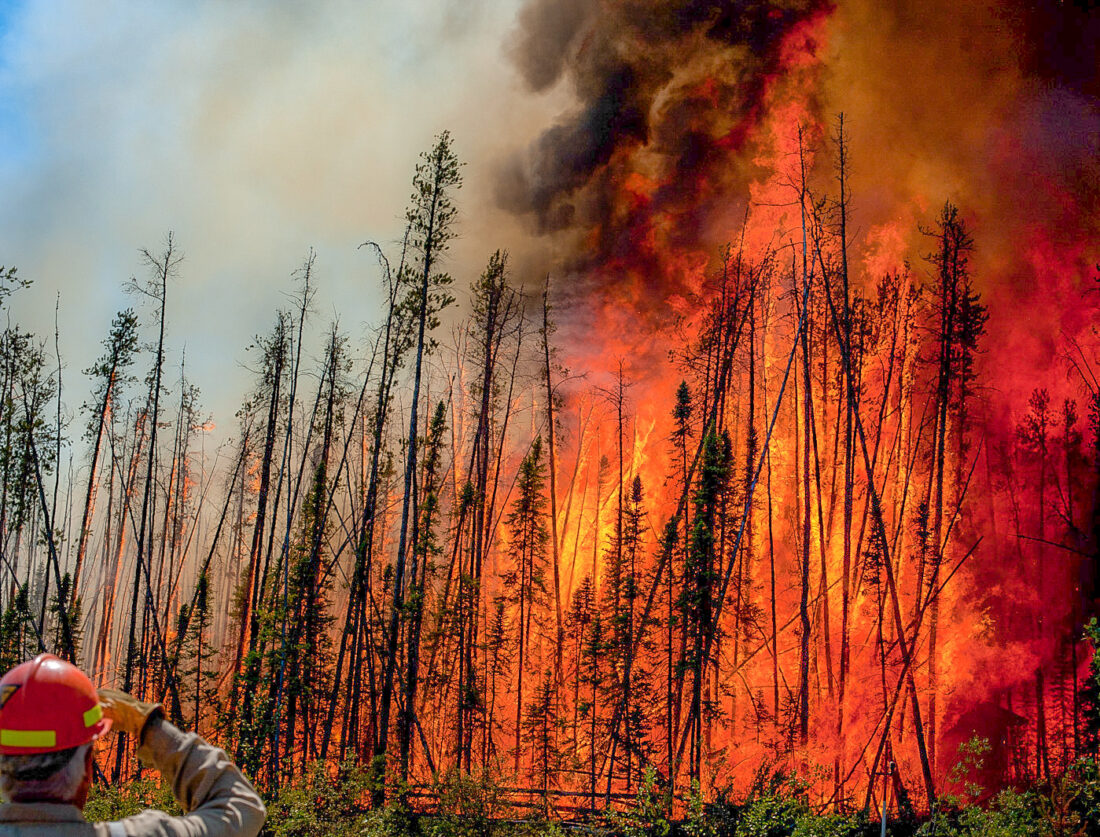 THE risk of wildfires is rising faster than climate models have predicted, and a large area of burned forest in eastern Siberia has nearly doubled in 20 years, a study co-authored by Swansea University researchers has found.

Co-author Stefan Doerr said: “Climate models are pretty good at predicting what’s happening, but what really stood out for us was that the actual fire danger has risen more quickly.

“Scientists are being surprised how fast things are moving, not just with wildfires. It is pretty shocking.”

Fires in eastern Siberia, he said, were moving northwards and affecting the permafrost, which locks up huge amounts of carbon.

The study said the likelihood of some of the most recent and catastrophic wildfires in the western US, Australia and Canada was significantly greater due to climate change.

It added that virtually all the world would experience unprecedented fire weather if the climate was to warm by 3C – the level predicted by 2100 by the UN Intergovernmental Panel on Climate change.

It has risen by just over 1C since the industrial revolution, although some regions including the Arctic are warming faster than others.

Prof Doerr said the actual area of land burned in the world had reduced as naturally fire-prone landscapes, like savannah grasslands, were converted for agriculture.

But he said the carbon emitted from burnt savannah was quickly offset as it grew back again the following year, whereas it took decades or longer for trees to regrow and recapture emitted carbon.

He said the study included an analysis of the UK but not at a meaningful scale.

He added: “But what is clear is that the risk of fire in the UK is increasing. In the first six months of 2022 we’ve had more area burned on average than in the last 10 years.”

With mass tree-planting embraced by many as a means of offsetting carbon, Prof Doerr stressed that planting the right trees in the right places was key.

The study, led by the University of East Anglia and co-authored by researchers at Swansea University’s centre for wildfire research, the University of Exeter, the UK Met Office and international co-authors, assessed 500 previous research papers and included a fresh analysis of satellite and modelling datasets.

It said human actions at a regional level could have a beneficial impact.

Co-author Dr Cristina Santin, said: “Despite the fact that weather conditions promoting wildfire have already increased in nearly in every region the globe and will continue to do so, human factors still mediate or override the climatic ones in many regions.”

Conversely, human activity could compound a region’s fire risk. The study said deforestation had reduced the natural fire resilience of major tropical areas like the Amazon and Indonesia.

Prof Doerr said the Amazon had only recently been a carbon “sink” – drawing down emissions from the atmosphere – and that was because human activity had pumped extra emissions into the air in the first place. Now, he said, the Amazon was a net emitter of carbon as areas were burned and cleared.

Lead author Dr Matthew Jones said limiting global warming to below 2C was the most effective thing humans could do to avoid the worst risks of wildfire on a global scale.

Prof Doerr said: “Most of my colleagues have that sense that we are really running out of time.”