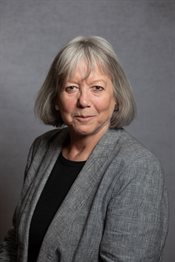 THE Vale of Glamorgan Council has announced a series of measures to help address the cost-of-living crisis.

At its first Cabinet meeting since last month’s election, the Authority’s new political leadership approved three reports that will offer financial support to those that need it most.

Cllr Lis Burnett is the Council’s new Leader and has made helping the Vale’s most vulnerable residents a top priority for her administration.

Proposals relating to the Discretionary Cost of Living Scheme, the Council Tax Discretionary Relief Policy and the Real Living Wage were all agreed today.

“We have all been affected by recent utility, fuel and food price rises, but some have been hit harder than others, said Cllr Burnett.

“Supporting the most vulnerable members of our society is a key ambition for myself and the Council’s new Cabinet.

“For those on low incomes or in difficult financial circumstances, the increase in the cost of living is having devastating consequences.

“I hope the measures we have announced today can go some way to easing the burden on those under the most pressure.”

Support will be provided through the Discretionary Cost of Living Scheme, one of two systems put in place by Welsh Government.

In addition to a £150 payment being made to all residents in Band A to D properties, a further £825,000 will target those who might not have benefitted from that payment or need further support.

Students and others living in houses of multiple occupation;

Those receiving specific Council Tax exemptions, such as care leavers, individuals with severe mental impairment or disability and care providers;

Others in temporary accommodation and those receiving housing support, domiciliary care, free school meals or block payments to food banks.

The Council Tax Discretionary Relief scheme will also continue, meaning residents in the most exceptional circumstances through no fault of their own may be offered financial assistance to help with their bills.

Also the Council has also agreed to increase pay for its lowest paid staff to bring that in line with the Real Living Wage rate.

Those on the first two grades of the Council’s scale will see their earnings increase to £9.90 per hour from £9.60 and £9.79 respectively.

This will apply to those employed directly by the Council working in important frontline services.