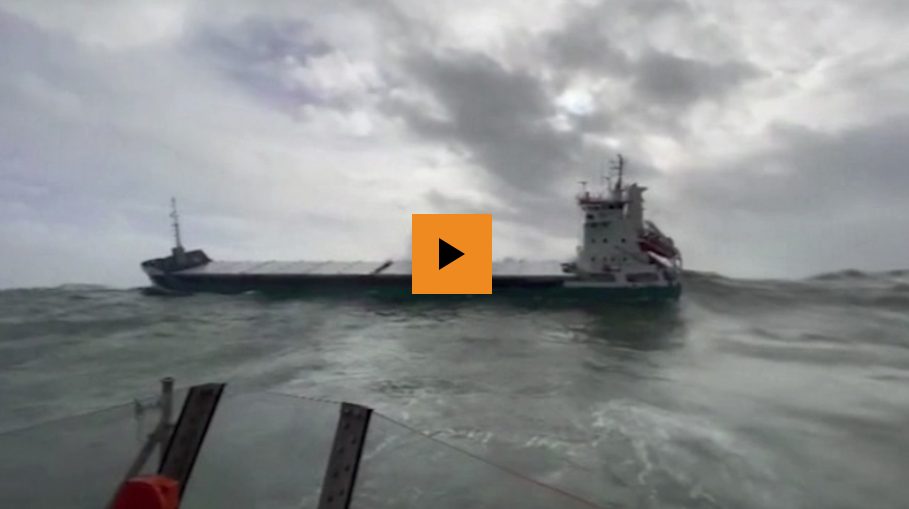 THE combined might of three lifeboats was required yesterday to save a stricken 4,000-tonne ship in huge seas off the Irish coast. Dunmore East’s Trent, Kilmore’s Tamar and Rosslare Harbour’s Severn class, which are fuelled and maintained thanks to your generous donations, battled 6m swells for 12 hours to ensure the cargo vessel was saved from perishing on the rocks.

‘If it wasn’t for the work of the three lifeboat crews out in force eight conditions I fear the vessel would have hit the rocks and there could have been a serious loss of life,’ says David Maloney, Rosslare Harbour RNLI Lifeboat Operations Manager. ‘The 4,000-tonne vessel came within a half a mile of the shore and Dunmore East and Kilmore Quay lifeboat crews had an incredibly difficult job in keeping it away from the rocks.’

‘The seas were huge, and it would not have been pleasant for anyone out there in those conditions. The lifeboat crews were out for over 12 hours in a callout that involved serious skill and concentration and I am tremendously proud of all three lifeboat crews involved. Thankfully we did not have a tragedy today.’

An incredible job yet again by our magnificent lifeboats and dedicated volunteer crew members, who couldn’t do it without your support.