THE Welsh Parliament must urgently signal its strong support for the ending of pharmaceutical monopolies which are artificially limiting vaccine supply to low income countries, a coalition of Welsh charities said today.

The organisations, including Oxfam Cymru, the Wales Overseas Agencies Group, Wales and Africa Health Links Network, Size of Wales, PONT, CAFOD, Christian Aid Wales and Disability in Wales & Africa, who all support the international People’s Vaccine Alliance, say that a ‘vaccine apartheid’ has resulted from a handful of pharmaceutical companies rationing supply by refusing to share their vaccine recipes and know-how with the rest of the world.

Supported by the Future Generations Commissioner for Wales, Sophie Howe, the organisations say that the Senedd, Welsh Government and Welsh public bodies must recognise that Wales has a legal duty, under the Well-being for Future Generations Act, to support low-income countries’ call for access to life-saving vaccine recipes and technology. This is part of Wales’ obligation to be a Globally Responsible Nation.

Key members of the G7, including the UK and Germany, are currently blocking moves to boost supply by ending companies’ monopoly control of vaccine production. The proposals have been backed by President Biden, the governments of France, New Zealand and Spain and over 100 developing countries.

The coalition is calling on all MSs, and First Minister Mark Drakeford in particular, to support a new Statement of Opinion in the Welsh Parliament which will urge Prime Minister Boris Johnson to back plans to waive intellectual property rules and insist that the vaccine know-how and technology is shared via the World Health Organisation’s Covid Technology Access Pool, enabling a life-saving ramping up in global vaccine production.

The First Minister has already indicated that the Welsh Government will support its partners in Lesotho, Namibia and Uganda to cope with the pandemic but the organisations say that he must now go further by voicing his opposition to global vaccine apartheid. 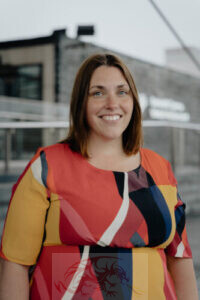 The charities are calling for all parties to unite behind the Statement, being laid by Plaid Cymru’s Shadow Minister for Culture, Sport & International Affairs Heledd Fychan MS, and send a strong message to the Prime Minister.

Claire O’Shea, Chair of the Wales Overseas Agencies Group, said: “The hugely successful rollout of Wales’ vaccination programme threatens to be completely undermined by a global vaccine apartheid, with pharmaceutical monopolies artificially rationing vaccine supply. By blocking action to break up these vaccine monopolies so that production can be ramped up by qualified manufacturers around the world, the UK Government is standing on the wrong side of history and the First Minister and Senedd can no longer be silent spectators. Instead, Welsh politicians must hold the Prime Minister to account by supporting calls for a people’s vaccine that puts saving lives above patent protection and profits.”

According to the People’s Vaccine Alliance, at current vaccination rate low income countries would be waiting 57 years for everyone to be fully vaccinated. The coalition says that without access to enough vaccines, health workers and medical equipment, thousands of lives are being lost unnecessarily in countries like Uganda and Nepal.

Kathrin Thomas, Chair of the Wales and Africa Health Links Network, said: “We are global citizens, and we know that in a global pandemic, we are not safe until everyone is safe. The Welsh Government is proud to be a global pioneer in embedding global responsibility into legislation through the Wellbeing of Future Generations Act. This is now a very practical way to use our voice for justice and solidarity.”

In Uganda, a country with strong connections to Welsh communities, cases increased by over a thousand per cent in June. Only 4000 people are fully vaccinated out of a population of over 45 million.

Mathias Mulumba, the Training Director for Care for Uganda, said: “The cases keep rising daily. We recently received some vaccines from the Covax facility as a donation from France but these were not enough at all. They were meant to be given as a second dose for the essential workers like police officers, health workers, teachers, the army among others. But many of the essential workers who received the first dose were not able to get the second dose due to its inadequacy. With the increase in cases daily and an increase in COVID-19 deaths, we need to vaccinate at least 80% of our population to be safe. We are not safe until everyone is safe.”

Calculations from the People’s Vaccine Alliance found that people living in G7 countries were 77 times more likely to be offered a vaccine than those living in the world’s poorest countries. The Alliance is warning that while COVID is allowed to run rampant across the world, there is a very real risk that mutations could render existing vaccines obsolete, leading to further loss of life, more painful lockdowns in countries around the world, including Wales, in the near future.

Sophie Howe, Future Generations Commissioner for Wales, said: “Rich countries are currently denying some of the world’s poorest access to life-saving vaccines. It’s not just wrong, but also self-defeating and short-sighted. As long as the virus is allowed to spread in other parts of the world, Wales and the UK’s health and economy will continue to be under threat. The Senedd should urge the UK Government to overturn the pharmaceutical monopolies that are putting all of our lives and futures at risk. Wales should use its voice to back calls from low income countries for vaccines to be available and affordable for all. This is the kind of global responsibility from Wales that the world’s poorest people need right now.”