What a quacking rescue! 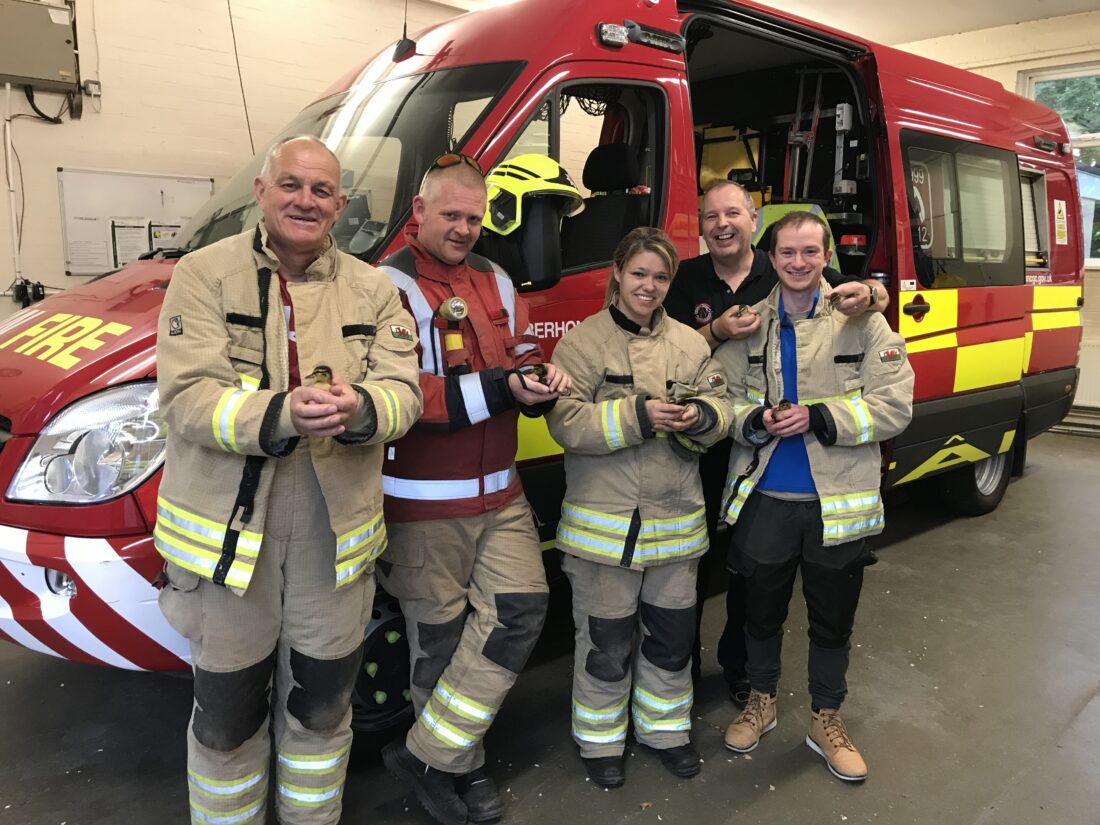 Six ducklings have been rescued from a weir in Brecon – following a gruelling rescue operation which took nearly four hours.

The young ducklings had become trapped after their mother had chosen a rather awkward place to have her babies – which was a small enclosed pond area fed by the canal in the town centre, near Kensington Road.

The difficult location meant that the ducklings had then swam through a sluice gate and then had become trapped under a 18 foot long grated funnel that fed into the river.

The trapped ducklings were spotted by a member of the public on Saturday (14 May), who reported the matter to the RSPCA

RSPCA inspector Holly Brown said: “It was a very tricky job getting the little guys out from under the grating.

“Unfortunately the ducklings weren’t able to join the mother duck after they had got separated so they were found alone.”

Holly made several attempts to use a pole and nets to catch them but wasn’t able to, so she called Mid and West Wales Fire and Rescue Service for their assistance.

She continued: “It took the help of the local on-call firefighters from Brecon Fire and Rescue Station and several hours to free the six adorable but uncooperative ducklings who were not very grateful to be rescued.

“The fire service had to lift the heavy metal grates and then we had to persuade the ducks to swim a certain way before catching them in nets. But they kept swimming away so it took a long time to get each one.

“The ducklings all appeared to be in good health and have been placed in the temporary care of a wildlife officer before being transferred to a wildlife centre. There they will be reared by the dedicated staff there until they are ready to be returned to the wild.”

Holly said she’d like to thank Brecon Fire and Rescue Station for their help.

“I’d like to say a massive thank you to the crew for their hard work, patience and determination to free these little guys. It really took hours!

“We very much appreciate their expertise and are grateful for our partnership working to help protect wildlife.”

For more information on what to do if you find a potentially orphaned duckling, visit our website.