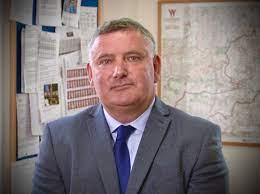 COUNCILLORS in Wrexham have approved a council tax rise of four per cent despite claims it will add to residents’ financial woes.

It means householders living in a Band D property in the county borough will pay an average total of £1,741 a year from April.

The move comes as people are already facing a cost-of-living crisis caused by soaring energy bills, increased fuel prices and other tax hikes.

Wrexham Council was handed a provisional 9.4 per cent funding uplift from the Welsh Government for the upcoming financial year, which means it will receive about £207m to deliver key services.

However, members of Wrexham Council’s ruling independent/Conservative administration said other decisions by ministers in Cardiff Bay had created extra cost pressures, including pay rises for social care staff and teachers.

“The settlement gives the opportunity for the recovery of ground rather than a major additional investment given the accumulation of significant demand pressures the council is currently facing.

“However, as well as significant investment in social care, this year’s budget proposes also to provide some additional investments to address key service pressures and priorities.

“The executive board has recommended an increase in council tax of four per cent.

“It is proposed as a reasonable balance between ensuring we have a financially resilient council and recognising the burden of increasing costs to local taxpayers.

“With a proposed increase of four per cent, our current council tax level will remain one of the lowest in Wales.”

She also praised the funding increase from the Welsh Government, which she said was the result of successful lobbying to her party.

However, Plaid Cymru leader Marc Jones said residents would not be able to afford the uplift and he could not back the budget proposals.

“We’re facing a cost-of-living crisis this year – food prices, fuel costs and energy bills are going through the roof right now and in the coming months.

“We have to be mindful of how all that impacts day to day lives.

“We can’t influence all those other bills that people face but we can influence council tax bills.”

Cllr Jones said his group had suggested using some of the authority’s reserve funds to balance the books and reduce the tax rise.

He claimed the idea was rejected, although this was disputed by council officials who said the alternative proposals were put forward too late to be considered.

When asked for his views, the authority’s chief finance officer Richard Weigh said the use of reserves would place it in an “unstable position.”

“Last year, Plaid were more than happy to support the budget when it was a higher council tax rise on the understanding that we were investing in children’s services.

“If you don’t support this today, what you’re saying is you supported it for 12 months, but for the next two years you can’t support putting money into children’s services.”

Cllr David Maddocks, a member of Cllr Pritchard’s independent group, broke ranks with his colleagues to oppose the budget proposals because of the rising costs faced by residents.

However, councillors voted to support the tax rise with 37 votes in favour, nine against and one abstention.