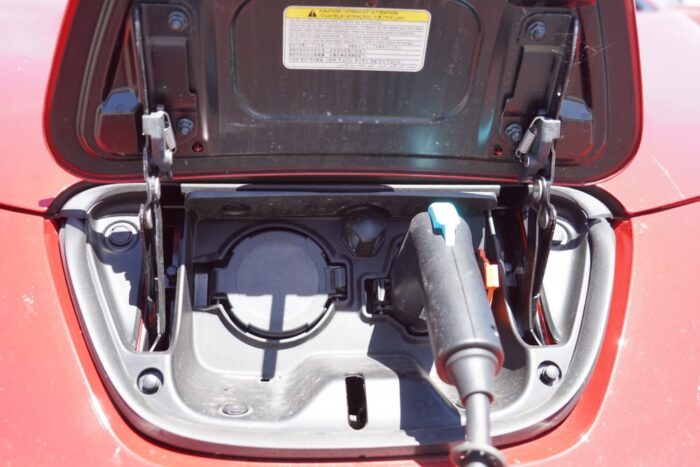 PROPOSED new rules for a Wrexham Council fund worth £5m could see it used to increase the number of electric vehicle charging points in the area.

The local authority has made money available since 2007 to help councillors deliver environmental improvements for their communities, such as new parking initiatives or repairs to fences.

During the last council term, £744,000 per year was allocated over a five-year period for schemes which provide a direct benefit to council house tenants.

Following last month’s local election, the ruling independent/Conservative coalition is proposing to increase the amount to £1m per year over the next five years.

It would represent an uplift from £66.17 per council property in the county borough each year to £90.45, with the money drawn from the council’s ring-fenced Housing Revenue Account (HRA).

Senior councillors said the planned change was being made due to a sharp rise in building costs over the last three years.

The criteria for the fund could also be tweaked to allow it to be used to pay for the installation of electric charging points at individual properties.

Discussing the proposals at a media briefing this week, deputy council leader David A Bithell said: “We’ve revised the criteria slightly just to make it a little bit more flexible for what members can spend on.

“But it’s also got to be rigid because it can only be spent on HRA land because it’s the tenants’ money which is going back to make improvements to their housing estates.

“It’s a really exciting programme for this administration that we’re increasing the budget to £5m over five years.

“It will predominantly address parking issues and make environmental improvements on our council estates.

“We have added one aspect to help with the carbon agenda where we can look at electric vehicle charging points.”

Concerns were raised in 2019 over a significant backlog of projects paid for by the fund.

One councillor said he had been waiting nine years since first applying for money to tackle parking problems in part of Caia Park.

It was claimed the issue was partly caused when stricter criteria were introduced in 2016 to decide whether applications should go ahead.

Cllr Bithell, who is the council’s lead member for housing, said the problems had since been resolved.

He said: “In the early days, there was some stumbling blocks to delivery and that improved in the last couple of years.

“I think the housing department did a good job in finishing it off and that’s why we want to make sure this programme starts as soon as we can.

“I have spoken to the chief officer and we’re confident we can deliver the programme within the five years.

“The message to elected members is they need to spend this money and if they don’t, they could lose it.”

Proposals to revise the criteria and increase the level of funding will be discussed by executive board members at a meeting on Tuesday (June 14, 2022).