Wrexham enters the race to win UK City of Culture 2025 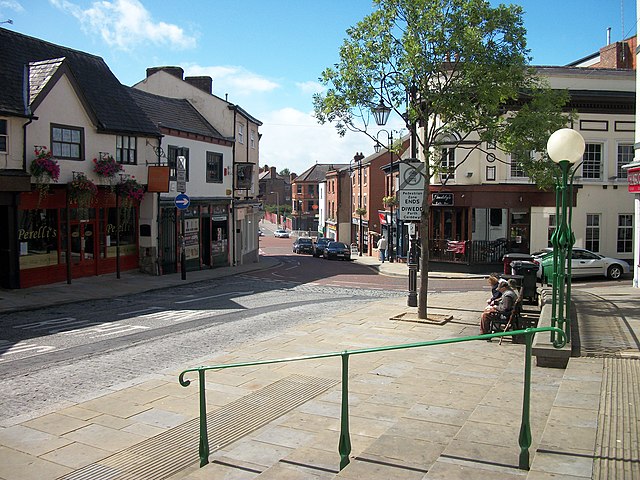 WREXHAM is one of 20 places which are set to battle it out in a bid to win the title of UK City of Culture 2025.

Leading politicians approved the submission of an application to put the area on the cultural map in July this year.

The UK Government has today (Friday,  August 20) confirmed it has received a record number of entries, with cities like Southampton and Wolverhampton also in the running.

Wrexham is one of five Welsh locations to have made a bid, alongside Bangor/north West Wales, Conwy county, Powys and Newport.

The competition, led by the Department for Digital, Culture, Media and Sport in collaboration with the devolved administrations, aims to use culture to regenerate areas outside London.

This year’s entrants have been tasked with proving that they can put culture at the heart of their plans to recover from the impact of the coronavirus pandemic.

As well as cities, regions and groups of towns from across the UK were encouraged to apply on this occasion, paving the way for Wrexham’s bid.

Reacting to the announcement of the contenders, Sir Phil Redmond, chair of the expert advisory panel for the UK City of Culture 2025 competition, said: “From Derry-Londonderry to Hull and Coventry it has been a difficult and rewarding challenge to select the next UK City of Culture, and the list of potential candidates for 2025 indicates that life in the immediate future is going to be even more challenging.

“The three previous title holders have demonstrated the transformative and catalytic effect culture can bring about, even within places that have been ultimately unsuccessful but have gone on to develop collaborative and sustainable partnerships.

“The list for 2025 also demonstrates the breadth of ambition, aspiration and innovation that exists from coast to coast and nation to nation across the UK and I am looking forward to that challenge of immersing myself once again in the UK’s rich seam of creativity.”

The UK Government said bidding for the title alone could have a positive impact on places, attracting investment and bringing together key organisations.

Grants of £40,000 have been offered to places which successfully make the long list for the first time to support their applications and ensure as many locations as possible can apply.

The winner, which will be announced next year, will take on the baton from Coventry as the 2021 UK City of Culture, potentially attracting a large number of visitors.

He said: “Wrexham has a strong track record in this area having undertaken a year of culture in 2011 and has rich cultural assets including Tŷ Pawb, the oldest international football ground in the world and a World Heritage Site to name a few.

“We want to celebrate with local residents the unique culture of Wrexham and the City of Culture 2025 provides a unique opportunity to do this.”

Coventry has received over £15.5 million from the government to directly support its year as UK City of Culture.

It has also attracted over £100m worth of capital investment to support cultural projects, such as Herbert Art Gallery and Museum, Coventry Cathedral and Belgrade Theatre.

The 20 bidders will be reduced to an initial long list in the next few weeks and then cut down further to a final short list early next year, with the