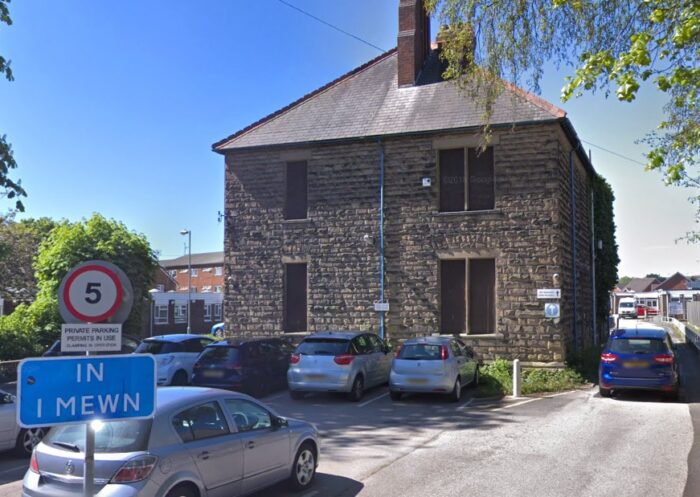 DETAILED plans surrounding the demolition of an old vicarage in Wrexham have been refused amid concerns about the loss of the historic building.

Wrexham Council’s executive board previously rubber stamped proposals to knock down the property in Rhosddu, known as Centre 67.

Senior councillors said clearing the site on Rhosddu Road would allow social housing to be created on the area surrounding it.

The local authority’s planning committee met on Monday, September 6, to discuss whether the method of demolition was acceptable.

An objection was raised to the building’s removal by the Clwyd-Powys Archaeological Trust ahead of the meeting.

The move came despite local councillor Marc Jones, who has been fighting to save the old vicarage, appearing resigned to losing it at the start of the debate.

He said: “To have this in front of us is a bit of a surprise because this is actually the first time that people like the Clwyd Powys Archaeological Trust have had an opportunity to have their say.

“They make it very clear that they are recommending retention of the building and an alternative use.

“That’s obviously been dismissed out of hand because the principle of demolition has been established.

“We have got a ridiculous state of affairs here and I know nothing I say will make any difference whatsoever to the people who have made this decision on the executive board.

“All we’re deciding basically is where to put the toilets or where to park the bulldozers.”

Centre 67 was last used in 2005 and hopes were previously raised that it could be be turned into a community hub.

Plans to tear down the property were first discussed by the council in 2013, but later put on hold.

An earlier bid by Cllr Jones and his Plaid Cymru colleagues to pause the demolition for alternative uses to be explored was rejected by other councillors.

While supporting the proposals for new housing, Cllr Paul Pemberton called for part of the building to be retained.

He said: “I’m concerned that we’ve got one building that’s cost the authority an absolute fortune, which is a bit of a white elephant and is only a few hundred yards away as the crow flies.

“How much money has the authority got to keep these buildings?

“This site is being put forward for some much-needed housing very close to the town centre.

“I would like to support the recommendation with a condition that some of the some of the building can be kept so that it is not forgotten.”

Cllr Pemberton was informed that such a condition could not be included.

Planning officer Matthew Phillips told the committee they were not there to consider the principle of demolishing the building.

It came after officials recommended that the demolition method should be approved.

He said: “The purpose of this is to ensure that the demolition works take place in a manner which doesn’t have an adverse impact on the amenity of nearby properties or occupiers.

“In this instance, prior approval has been required because further information was required to ensure that the demolition works didn’t adversely impact upon the adjoining trees.

“The principle of the demolition is established by the general permitted development.”

However, permission was refused by a majority of six votes to four despite no reasons being put forward for the decision.

There were also five abstentions by committee members.