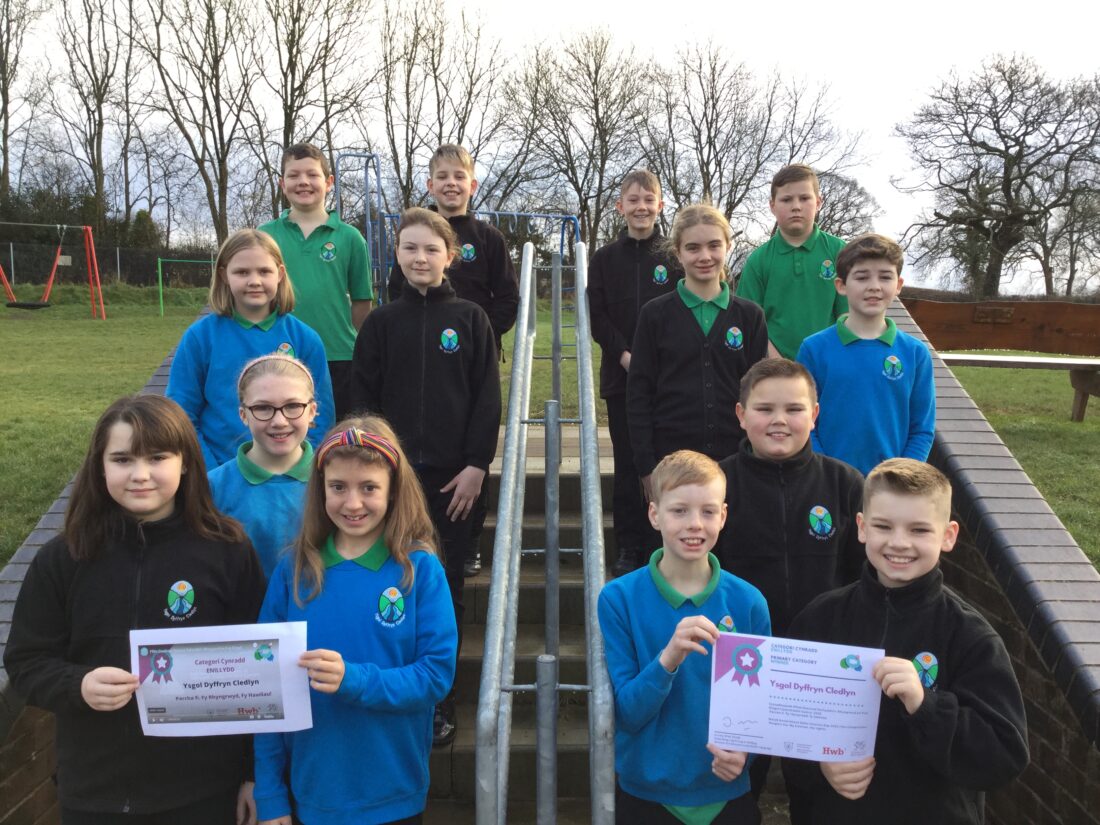 ON Safer Internet Day 2022, the Welsh Government announced the winners of the film competition they organised as part of the celebrations.

The film competition aimed to encourage children and young people to express their creativity and share their understanding of showing respect online.

For the competition year 6 pupils led by Mr Hywel Roderick and Miss Deloni Davies worked on the script ensuring that the message of online respect was promoted throughout the school on all occasions.

Mari from Ysgol Dyffryn Cledlyn is one of the pupils who was involved in the competition. She said: “We learned lots of new skills and lots of important messages about respecting others on the web. Showing respect online is just as important as respecting people in everyday life!”

Here is one message emphasised in the script:

“I would like to thank all the staff for their dedication in ensuring that the School’s pupils receive countless opportunities in so many areas. The journey in our School – across all ages ensures that the pupils are conscientious young people and want to take risks. What better message for the young people in Wales than a message from other pupils.”

“Congratulations to Ysgol Dyffryn Cledlyn for getting to the top in the film competition. Congratulations also to Ysgol Bro Pedr for coming second and Ysgol Bro Teifi for being highly commended. The web and social media are so accessible these days so it’s vital that pupils have the opportunity to learn the importance of being safe online.”