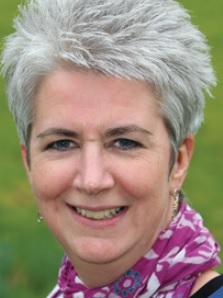 HOW the cost-of-living crisis is affecting Powys County Council will be set out in financial reports over the summer.

At a meeting of the Governance and Audit committee on Friday, June 24, the council’s head of finance, Jane Thomas gave a presentation on how inflation, spiralling energy and costs of living crisis are affecting the council.

She told the committee that the council are also having to reassess contracts with some of their suppliers who are also struggling in the current financial climate.

Ms Thomas: “The impact of inflation and price rises that were seeing is being monitored very carefully.

“We have received some requests from suppliers and providers to look at contracts with them, due to the impact it’s having on them.”

Ms Thomas explained that the council were now holding “open book reviews” with their contractors and suppliers to find out and their financial health.

Ms Thomas said that this was to allow the council to understand how much of the contract actually relates to the specific price increases that are been seen.

Committee vice chairman and lay member John Brautigam said :”With some of these suppliers we are not always dealing with very sophisticated accounting systems, we need a fairly light touch when it comes to speaking to them.”

Ms Thomas also points to a prudent approach taken earlier this year to squirrel away some of the extra funding from the Welsh Government into reserve accounts.

Ms Thomas said: “We did raise this as a risk when we set the budget and as a result the council has a number of reserves that have been set aside to manage this.”

Ms Thomas added that a group of council staff had been set up regularly review the situation.

Internally a register has been set up so that council department can flag up any potential financial problems.

If a department is not able to manage within its budget money can be moved to plug the hole from reserve budgets – a process known as a “virement” explained Ms Thomas.

Ms Thomas said: “Through those processes I think it’s fair to say we feel we have a good handle in monitoring this.

“We are making sure when the council receives the Quarter One (April to June) report on the budget we will start to highlight any concerns that are coming through.”

Ms Thomas said that the current strategy built in a two per cent level for general inflation.

Last week it was reported that the UK Government’s preferred method of measuring inflation, the consumer price index, had gone up to 9.1 per cent, which is the highest it has been for 40 years.

Ms Thomas said: “We will be reviewing our assumptions in the plan and doing it with cabinet over the next few months.

She hoped a revised strategy would be go to a full council meeting in September for approval from all councillors.