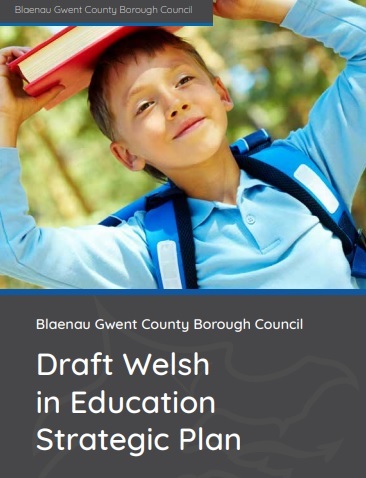 A DOCUMENT which outlines the ambition of increasing the number of children educated in Welsh has been signed off by senior councillors.

At a meeting of Blaenau Gwent County Borough Council’s Executive committee on Wednesday, March 2, a report on a consultation held on the Welsh in Education Strategic Plan (WESP) was discussed.

The plans explains how the authority hope to boost the number of Welsh speakers in the county over the next 10 years.

“In summary we had six written responses and six survey responses.

“Out of those survey responses, five were strongly supportive of the plan.

“It’s pleasing to update the executive that a number of respondents reference the positive progress made to date in terms of our Welsh medium learning agenda and they recognise the council’s commitment in line of the development and growth of both Welsh education and the language.

“As a result of the feedback we believe we have strengthened the WESP plan.

“In line with the time frames that were set we submitted a draft to the Welsh Government by January 31.

“A number of other authorities have done exactly the same and explained that document is subject to executive approval.

“We will submit a final version post their executive committee considerations.”

Cllr Joanne Collins proposed approving the document and this was supported unanimously by the Executive Committee.

If the WESP is approved by the Welsh Government it will come into force from September.

The WESP also has seven outcomes the council wants to achieve, they are:

More nursery-aged children/three-year-olds to receive their education through the medium of Welsh;

More reception class-aged children/five-year-olds to receive their education through the medium of Welsh;

More children to continue to improve their Welsh language skills when transferring from one stage of their statutory education to another;

More pupils to study for assessed qualifications in Welsh (as a subject) and subjects through the medium of Welsh;

More opportunities for learners to use Welsh in different contexts
in school;

An increase in the provision of Welsh-medium education for pupils with additional learning needs (ALN); and

Increase the number of teaching staff able to teach Welsh (as a subject) and teach through the medium of Welsh.