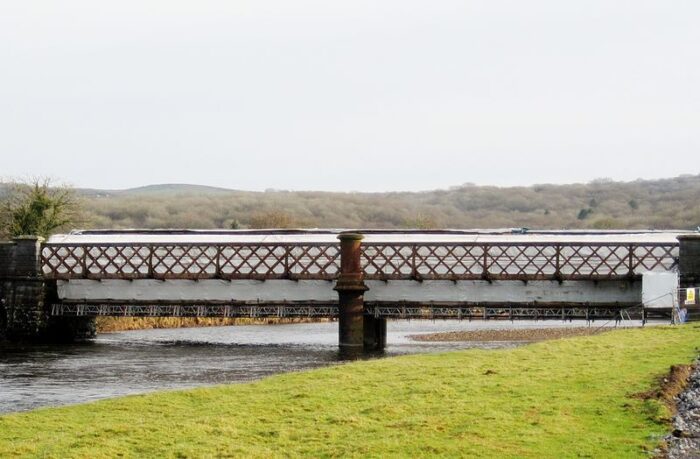 NETWORK Rail wants to drill into a 164-year-old bridge spanning the River Towy to help check its structural condition.

It plans to drill one of Llandeilo railway bridge’s stone abutments in two locations.

The results will determine whether the bridge needs to be reinforced to protect it from a process called scour, which is when fast-flowing water removes sand and gravel from bridge abutments and piers, potentially affecting its structure.

The bridge carries two tracks, although one isn’t used, and was built in 1856 for Llannelly Dock and Railway Company.

The lattice girder bridge was granted grade two-listed status in 1991. Parts of it have reinforced steel concrete and sheet piling.

A heritage impact assessment submitted as part of the application said: “The structure has been identified as at risk of the impact of scour, therefore requiring a more detailed physical investigation.”

Llandeilo councillor Edward Thomas said he had no objections to essential work being carried out to the bridge, but felt that Llandeilo Town Council and Dyffryn Cennen Community Council should be consulted.

Network Rail said the planned drilling was a routine inspection.