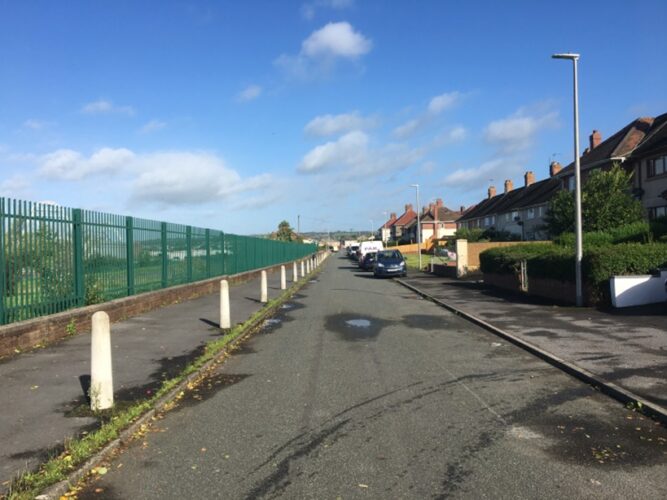 A NEW housing estate and a care home could be built next to Llanelli’s Parc y Scarlets stadium.

The 1.4-hectare Llwynhendy plot is to the east of the stadium, and surrounded on three sides by Ynys Las, Maes-Ar-Ddafen Road and Heol Hen.

A planning and design statement submitted on behalf of Padda Care Homes said the land was earmarked for residential development under the Carmarthenshire Council’s development plan.

The 33 houses proposed are two detached, three terraced and 28 semis – all facing Ynys Las. They would include six social housing properties.

The care home, meanwhile, would be set back from Ynys Las and include gardens facing south-east and south-west.

Access to the care home and the houses would be from separate points on Ynys Las, with care home deliveries from Maes-Ar-Ddafen Road. Another access could one day be created through to the south to another area of vacant housing land.

A pre-application consultation has been carried out, which prompted three responses, including from an objector who felt the proposed houses were ugly and that more trees should be planted around them.

A supporter said it was about time the land was brought back into use.

Traffic and travel surveys commissioned by the applicant said the surrounding roads could satisfactorily accommodate the extra traffic, and that many journeys to and from the site would be by foot, bike or bus.

Llwynhendy councillor Sharen Davies said the scheme would be good for jobs and increasing the housing supply, but that parking in the area had been the cause of complaints for years and would need to be assessed in more detail.

“That’s a major concern for myself,” she said.